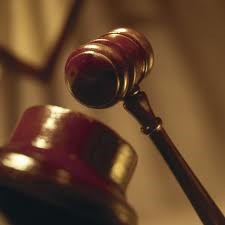 September 6, 2015 (San Diego) – The Society of Professional Journalists’ (SPJ)San Diego chapter has issued a scathing denouncement of a lawsuit filed by prominent attorney Corey Briggs on behalf of a nonprofit group against inewssource, KPBS and San Diego State University.

SPJ’s statement reads, “There is a right way and a wrong way to raise complaints about news coverage, and this is the wrong way. News organization – many facing severe financial challenges – should not have to defend coverage by spending significant resources on legal challenges that are unrelated to their critical reporting.”

The suit accuses inewsource, its executive directory, KPBS and SDSU of engaging in conflicts of interest involving a lease for shared office space and resources on campus.  It also contends inewsource used SDSU and KPBS trademarks illegally.  All defendants deny those charges.

Briggs is best known as high-profile environmental lawyer who has sued local governments on issues ranging from fireworks displays at the bay to convention center expansion.  The latter earned him a rebuke from a judge after he filed the suit when the nonprofit San Diegans for Open Government had been suspended by the state.

“Mr. Briggs may be in a whole heap of trouble,” said Superior Court Judge Gregory Pollack, “with, not only the State Bar, but potential criminal prosecution,” innewsource reported in June.

On Friday, a judge heard arguments in a motion filed by inewsource asking to dismiss the lawsuit as frivolous attack on freedom of the press protected by the First Amendment.  Superior Court Judge Eddie Sturgeon  indicated he will issue an opinion by Wednesday on the motion to dismiss the suit.

Attorney John McClendon, arguing for Briggs’ nonprofit group, contended that the case “has nothing to do whatsoever” with inewsservice’s reporting.

But plaintiff’s lawyer Guylin Cummins told the judge on Friday, “This is clear retaliation” for the news organization’s hard-hitting watchdog journalism reporting on Briggs and the nonprofit group he has represented in multiple suits against local government bodies.