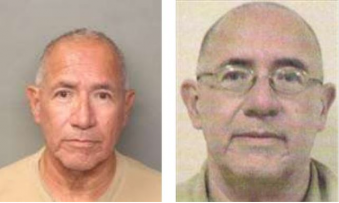 July 23, 2022 (Borrego Springs) -- Michael Martinez, a 69-year-old man classified by the state as a sexually violent predator, will be released and placed in a home on Running M Road in Borrego Springs

Martinez was convicted of four separate offenses between 1979 and 2004 in San Diego and Los Angeles Counties including child molestation, annoying or molesting a child, and lewd or lascivious acts on a child under age 14.

He has been diagnosed with both pedophilia and personality disorders.

In 2018, Judge Gill approve placement of Martinez in Boulevard, a rural East County community.  But in 2019, his conditional release was revoked and he was sent back to a state hospital in Fresno. According to the Borrego Sun, after escaping the property through 3 locked gates over private property, was returned to custody in the State Hospital and admitted he had lied to authorities.

Judge Gill said he visited the Borrego site and was impressed with the work of Liberty Healthcare, the agency set to supervise Martinez under a conditional release program. Liberty Healthcare claims to have supervisors 55 sexually violent predators over the past 20 years and says none have reoffended.

In addition to GPS monitoring, the SVPs are monitored with staff contacts and regularly scheduled polygraph testing, Times of San Diego reports.

Borrego Springs resident Jon Stillman, who lives across the street from the proposed property, called Gill’s decision “horribly disappointing” and said it “feels like a violation of our community fabric.”

Stillman told Times of San Diego that residents would continue to fight the release, which is slated to occur in 45 days. He noted that a homeschooling program is being operated just a few houses away.

Martinez is the latest in a string of sexually violent predators proposed for placement in East County.  San Diego’s Supervisors and state legislators have tried various means to stop the placements, but the ultimate decision rests with the state of California and the courts.