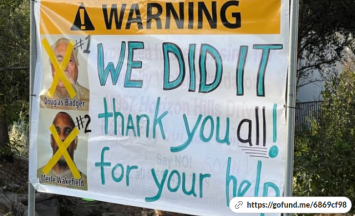 May 22, 2021 (Mt. Helix) – Residents on Horizon Hills near Mt. Helix are reveling in a ruling by Superior Court Judge Theodore Weathers which blocks the state from placing Douglas Badger, a sexually violent predator (SVP) in the community. Earlier this month, another judge blocked placement of a second SVP, Merle Wakefield, at the same site.

The residents have announced a "Super Victory Party" on May 31 to celebrate keeping their neighborhood safe.

In his decision, Judge Weathers observed, “The issue of placement is frequently the single most difficult issue for the parties and the court in satisfying the statutory requirements” due to public opposition. “It is highly unlikely that any community would want such an offender living in their midst,” he said of Badger, who has a long history o sexually assaulting both male and female young victims, including kidnappings at knifepoint.

Still, the Judge said, courts do need to listen to the community and consider specific facts.  The judge received over 700 emails, 150 phone calls and dozens of letters in addition to speakers during the hearing who opposed Badger’s placement.

He noted that testimony indicated 89 children lived within 2,000 feet of the property in an area which lacked school buses and has two elementary schools.  He note 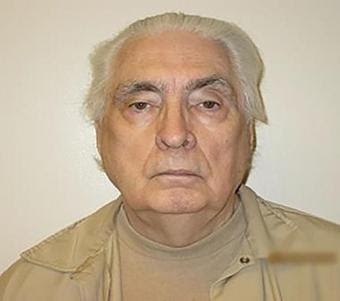 d that the hilly neighborhood without sidewalks or night lighting also posed issues for the offender, who has mobility issues.

The judge directed Liberty Healthcare, which contracts with the state to place SVPs, to find an alternative location.

State Senator Brian Jones praised the judge's decision, but is seeking long-term protection for communities. So he’s introduced legislation that would limit the state’s dumping of SVPs in San Diego’s East County, which has absorbed more than its fair share of sex offenders compared to other parts of the County.

“The families of Mt Helix can breathe a sigh of relief today,” said Senator Jones in a press release. But he added, “This game of `Hide the Predator’ needs to stop. It’s unfair and upsetting to communities.”

Jones announced that he is drafting legislation which would:

1)     Place a hard limit on the placement of SVP’s within a county to no more 40% in any one supervisorial district;

2)     Mandate that the Director of the Department of State Hospitals publicly report annually how many SVPs are in each county, and in which supervisorial district;

3)     Make the highest criteria of any potential placement of an SVP be that of public safety;

4)     Put the burden squarely on the Director of State Hospitals to ensure that these new policies are followed; and

5)     Require the Department of State Hospitals, the Corrections and Rehabilitation Department, and CAL-FIRE to inventory which of their facilities have trailers that can house SVPs.

“For decades the state has been sneaking around trying to release or parole dangerous sexually violent predators and rapists in residential neighborhoods,” continued Jones. “Administration officials have often tried to deflect their responsibility by allowing their vendors, such as Liberty Healthcare, too much freedom in targeting regions such as East County. Our legislation will require transparency in the SVP placement process, force state officials own up for their decisions and make public safety the highest priority.”

County Supervisor Joel Anderson and District Attorney Summer Stephan have also joined forces to get the county involved much earlier in the predator placement process to assure early notification of communities and public officials.