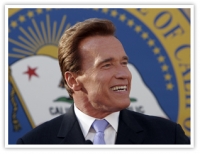 A hearing on the issues is set for July 26 with a full hearing at a date to be determined in August, the Sacramento Bee reports. Schwarzenegger has sought to drastically reduce workers’ pay until the Legislature passes a state budget.

Chiang has sued to prevent the pay cuts. Whether the full court will opt to “terminate” the Governor’s plans remains to be seen.