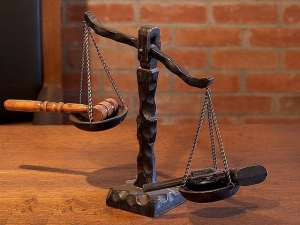 April 26, 2017 (San Diego) – A federal judge in San Francisco has blocked President Donald Trump’s executive order that required withholding of federal funds from sanctuary cities and states that shelter immigrants and decline to cooperate with federal authorities on deportation efforts.

U.S. District Court Judge William H. Orrick imposed a temporary ban on Trump’s January 25th order while lawsuits filed by the city of San Francisco and county of Santa Clara work their way through the courts. Several other cities have filed similar suits in other states, including Washington and Massachusetts.

Trump’s order had called for federal grants in all areas except law enforcement to be withheld from sanctuary jurisdictions.  The President’s broad order could have included funds for healthcare and other items not related to immigration enforcement.

Federal lawyers argued in court that cities were overreacting since federal officials haven’t yet defined sanctuary cities or withheld funds. But the judge noted that on TV, the president and Attorney General Jeff Sessions have threatened to sanction such jurisdictions.

Trump himself called the order a “weapon” against communities that disagree with his policies and threatened to cut off money for California which he called “out of control.”

The U.S. Justice Department sent letters last week advising communities to prove they are in compliance. California was informed that it could lose $18.2 million, the Sacramento Bee reports.

Judge Orrick wrote in his decision, “The result of this schizophrenic approach to the Order is that the Counties’ worst fears are not allayed and the Counties reasonably fear enforcement of the Order.  The threat of the Order and the uncertainty it is causing impermissibly interferes with the Counties’ ability to operate, to provide key services, to plan for the future, and to budget.”

Courts have previously blocked Trump’s travel ban as unconstitutional due to religious discrimination.

Trump blasted the latest ruling, tweeting, “First the Ninth Circuit rules against the ban and now it hits again on sanctuary cities – both ridiculous rulings. See you in the Supreme Court.”

Judge Orrick does not serve on the Ninth Circuit Court of Appeals, though its judges would review his decision on appeal.

The American Civil Liberties Union’s national policy director, Faiz Shaki, issued a statement reading, “Once again, the courts have spoken to defend tolerance, diversity and inclusion from the illegal threats of the Trump administration.”