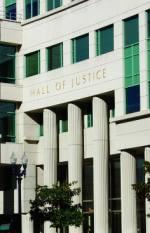 Grossmont must now pay $14 million into a fund set aside for the high school immediately, under the injunction, with a second payment of $28 million due January 15, 2016.

“We are considering an appeal of the ruling," Superintendent Ralf Swenson  has said, BondBuyer.com reports. "I hope we will get this thing stayed as we continue legal deliberations."

The case was filed by the newly formed Alpine Taxpayers for Bond Accountability and the Alpine Union School District.  After years of delays by Grossmont which has failed to build the high school despite two bond measures approved by voters for that purpose,

Alpine parents are now seeking to leave the Grossmont District and expand, or unify, the Alpine Union School District to become K-12 and enable it to build the school.  The San Diego County Board of Education has recommended that the state approve unification. A Grand Jury also slammed the Grossmont District for  its bait-and-switch tactics toward Alpine voters/parents.

Next up, the District heads to court again on March 27th when the Judge is expected to rule on a demurrer filed by Grossmont in a related action alleging misspending ot taxpayer funds from Prop H and Prop U on projects that were not listed in the ballot initiatives approved by voters.

The Grossmont District did invest millions of dollars initially toward building the school including acquiring property through threat of eminent domain, paying for an environmental impact report, architectural designs and more. But later the board majority balked at completing the project and claimed enrollment triggers had not been met, though advocates of the high school dispute this contention.

One Alpine resident has posted objections to the district using taxpayer-approved bond funds to pay a lawyer to defend the district.  “Aren’t these actions, too, a waste of taxpayer money?” he asks.

The judge’s ruling could have an impact on future efforts by the Grossmont District to pass bond measures, including a $60 bond measure that Swenson has said the District plans to issue in May.

First, the District’s credibility to carry through on projects promised in bonds has been seriously called into question. Second, Security & Exchange Commission rules require that bond sellers disclose fiscal problems.

The District has contended that setting aside funds for the Alpine High School could delay funding other projects ranging from classroom modernization to safety upgrades and performing arts facilities at other campuses.

But Alpine parents have countered that building the high school for their community is a safety issue that should take priority, since several Alpine teens have been killed in roadway accidents commuting to schools far from home.