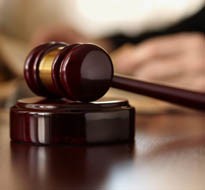 March 4, 2015 (Alpine) – A panel of three appellate court justices have denied a request by the Grossmont Union High School District, which had asked the justices to issue a stay halting an injunction ordered by Superior Court Judge Joel Pressman.

Judge Pressman had ordered the district to set aside $42 million of bond monies to be used for building a high school in Alpine.

The Court of Appeals will ultimately hear Grossmont’s arguments against the injunction on spending those bond funds, but the district must set aside the money in the meantime.

The ruling came after Alpine taxpayers filed suit to protect bond funds approved by taxpayers for projects including the Alpine High School, since some funds have been spent by the district on projects not listed in the bond.

The district has argued that setting aside the funds would mean delays in improvements at other schools, including some safety-related issues. But Alpine parents have argued that building the high school is a safety issue for their community, since several Alpine students have died commuting long distances to attend school or extracurricular activities.