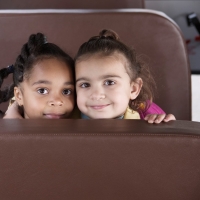 By Miriam Raftery and Sharon Penny

Updated August 14, 2014 to include a response from the GUHSD

August 13, 2014 (San Diego’s East County) -A quarter of all school districts in California are failing to educate many children who don’t speak English, according to figures obtained by the American Civil Liberties Union on the Department of Education’s website.

Three local school districts –all in East County—made the list of the 15 districts  with the worst records statewide for failing to provide services to English Learner ,or EL students. That’s according to a report titled “Opportunity Lost” published by the ACLU in 2013. The Grossmont Union High School District reported it provides no services to 41% of its 3,784 students.  Dehesa Elementary School has 97 EL students, and 31% receive no services, while Julian Union Elementary is failing to provide services to help 30% of its 46 English learner students.

According to GUHSD Superintendent Ralf Swenson, the data included in the report is not accurate. He told ECM on August 14 that the District's inclusion on the list "was a result of a data reporting error which we corrected over a year ago."

Theresa Kemper, the Assistant Superintendent for Educational Services for the district, offered this explanation. ""The data in the report is from the 2010-2011 academic year and does not accurately reflect what was happening at the time," she said. "We were never denying services (to English Learner students), but it was instead a data reporting issue." She said the data system at the time was limited, and only provided answers to specific questions, not allowing for extrapolation. For instance, it did not note when students were mainstreamed into core academic courses.

ECM did not receive responses from Dehesa and Julian schools.

Vista and San Marcos districts also made the list. Statewide, over 20,000 EL students were not provided language instruction, according to the state’s website, though the Department of Education has disputed the accuracy of figures reported by some schools.

The ACLU filed a lawsuit. Now, Superior Court Judge James Chalfant in Los Angeles has issued a ruling ordering the state to meet its own requirements and make sure that every child in California receives an education.  The Judge emphasized that this is particularly important in a state where 20% of all students are deficient in English language skills, KPBS reports.

Here in San Diego, home to immigrants not only from south of the border but around the world, the decision could have significant impacts.

Mark Rosenbaum, chief counsel for the ACLU Foundation of Southern California, had this to say after the ruling.

“State educational officials had created a virtual caste system in which tens of thousands of children—nearly all of whom are U.S. citizens—were denied access to the bond of English language that unites us as Californians. Today marks an important civil rights leap forward for all students and all residents of the state.”

The sooner this country goes to Hell the sooner we can re-build it!
The Education system teaches in the language of THIS country, which is English. When did it become a requirement for my tax dollars to teach children (who are "nearly all" purported to be citizens) English? Are their parents citizens and if so, why aren't THEY raising them in the language of this country? A violation of their Civil rights because THEY do not speak the language of this country? How is that the fault of the education system? What level of insanity have we reached now? Either assimilate and get your free education in the language of the US, or why not go back to the country they seem to love so much by refusing to learn the simple things like how to communicate where you are living. The State officials did NOT create this, Mr. Rosenbaum. The parents who refuse or are unwilling/uncapable to teach their children English knowing that is the language we teach in here are the responsible parties in this. They expect to dump their children into a public school, and have done what THEY are supposed to do while a child is growing up. Just another case of shifting the blame while the pro-illegal immigrant crowd states that immigration does not cost us anything. No one denied them the "Bond" of the language except their parents who I hear constantly SPEAK IN THIER HOMELAND LANGUAGE EVERYWHERE I GO. If they were interested in "uniting", why are they not speaking English? What's next? Americans being forced to learn K-12 in the prevalent foreign language because they have become the minority?
which locally would include war refugees from the Middle East, many of whom were given refugee status for helping the US military. Also refugees who fled war and famine in East Africa. How is it the parents' fault if they came here to save their families and didn't get a chance to learn English while running for their lives?