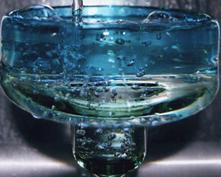 May 2, 2013 (San Diego’s East County) – A San Francisco Superior Court judge on Wednesday, April 24 ordered the Metropolitan Water District of Southern California to produce information no later than May 10 that shows how it allocates its costs to rates or admit it does not have any evidence to support its current allocation of its costs to its rates.  The order followed a Tuesday hearing on the Water Authority’s motion to compel MWD to answer discovery and granted the Water Authority’s motion in its entirety.  Before the Court’s ruling, MWD had refused to respond to requests by the San Diego County Water Authority asking MWD to show what evidence it has to support its claims that its rates reflect its cost of providing its services.

Numerous California statutes, the California Constitution and common law all require that public water agencies, including MWD, set rates based upon the actual cost of providing services.  The Water Authority sued MWD in 2010 and again in 2012 for imposing unlawful rates that are not based on the costs of providing the services for which they are collected.

Water Authority lawyers have asked MWD to produce evidence showing the costs that are included in each of MWD’s rates and charges, the estimated sales volume on which those rates are based and whether MWD later reconciles its various rates with actual costs to set future rates. Every one or two years, MWD adopts several rates, including a water supply rate, a power rate, a “water stewardship” rate and a system access rate.  In recent court documents, MWD claimed that it is exempt from the requirements of California statutes and the California Constitution to tie its rates to the actual cost of the services it provides.

“MWD is now claiming that, when it sets the rates it charges more than 18 million people who live and work in Southern California, it is literally above the law,” said Daniel Purcell, special counsel for the Water Authority, with the law firm of Keker & Van Nest in San Francisco.  “MWD has told the Court that it has no meaningful limits on its rate-setting power and that, once it sets its rates, the people who pay those rates essentially have no right to challenge what it has done.  This is an incredibly radical position, but it is becoming clear that MWD has no choice but to make this argument, because it has no idea whether any of its rates recover the actual costs of the services it provides.

“It’s time for MWD to come clean, either by producing evidence tying its rates to its costs or by admitting that its rates are unlawful because they are not limited to recovering its costs of service.”

In an earlier hearing on Jan. 6, 2012, Judge Richard A. Kramer granted a motion by the Imperial Irrigation District and the Water Authority to permit discovery in the 2010 lawsuit. MWD opposed that effort, arguing the court could only consider a narrow set of hand-picked documents that MWD chose to produce. Six weeks later, Judge Kramer reaffirmed his order, rebuffing more attempts by MWD to avoid discovery.

Judge Curtis E.A. Karnow has since taken over the cases, and in Wednesday’s order agreed that MWD must respond to additional discovery about how it sets its rates and charges.

The first challenge was filed in June 2010, after MWD set its 2011 and 2012 rates. The Water Authority filed a second complaint in June 2012, after MWD set rates for 2013 and 2014 based on the same misguided methodology. The court agreed to coordinate management of the lawsuits, and Judge Karnow has stated his tentative intention to try both cases in November.  He is expected to issue a case management order the week of April 29.  The next hearing in the case is scheduled for May 10.

Under MWD’s current rate scheme, local water ratepayers will be overcharged for transportation services this year by $57 million. By 2021, the overcharges could grow to more than $217 million annually.

For more information about the Water Authority’s lawsuit against unlawful rates and charges levied by MWD, go to www.sdcwa.org/mwdrate-challenge.