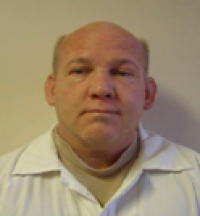 Aug 28, 2015 (San Diego)-- San Diego County District Attorney Bonnie Dumanis announced today that Gary Snavely, a diagnosed pedophile and sexually-violent predator was ordered by Judge Louis R. Hanoian to return to Coalinga State Hospital, a mental facility, after violating the terms of his release. The violations included misuse of medications, failing to remain appropriately clothed at all times on his property while in public view, and failing to report any and all instances of sexual thoughts and fantasies involving sexual deviance to treatment staff.

Snavely admitted the allegations and agreed to the revocation. He had most recently been living in Jacumba in taxpayer-funded housing until July 2, when was removed from his residence and placed back into custody of the San Diego County Sheriff’s Department for the violations. There are no new victims.

Supervisor Dianne Jacob issued this statement at the news. ““The court did the right thing by sending Gary Gene Snavely back to a state mental hospital. He’s a deranged man and a repeat lawbreaker who never should have been allowed in our community in the first place. These latest violations by Snavely prove again why sexually violent predators, the worst of the worst, don’t belong anywhere near our neighborhoods and families.”

District Attorney Bonnie Dumanis stated,“One of our office’s priorities is protecting the citizens of San Diego against high-risk sex offenders. We will continue to use all available resources to seek the commitment of high-risk sex offenders and ensure there is transparency and accountability whenever a sexually-violent predator is released by the court into the community.”

Snavely was originally convicted in 1987 of molesting two girls between the ages of eight and nineyears old. The molestations occurred in the Orange County area and involved fondling and oral copulation. He served three years in prison and was thereafter placed on parole. Snavely violated the conditions of his parole and was returned to prison.

In 1996, after his release and while living in San Diego, he was convicted of failing to register as a sex offender in violation of California Penal Code 290. The court sentenced him to serve 16 months in state prison.

In 2008, the court granted his request for conditional release however, he was returned to the state hospital several months later for medication misuse. He has remained inside the state hospital since that time and continued to avail himself of sex offender treatment.

Last April, Snavely filed a petition for conditional release and Judge Louis R. Hanoian, determined that Snavely could be safely treated in the community and granted his petition and approved housing in Jacumba.