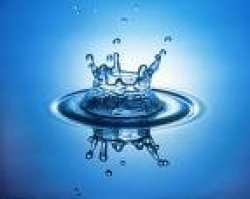 September 2, 2015 (San Diego)--The San Diego County Water Authority is owed $188.3 million plus interest from the Los Angeles-based Metropolitan Water District, a judge has affirmed in a final ruling which found Metropolitan charged illegal rates to the San Diego district from 2011 to 2014.

The ruling was made by San Francisco Superior Court Judge Curtis Karnow in a lawsuit brought by the Water Authority in a dispute over rates for transporting water from the Colorado River to San Diego through the MWD’s distribution system.

MWD is the primary water wholesaler for the state of California, but San Diego water officials have been trying to diversify their supply by acquiring Colorado River water, expanding the San Vicente Reservoir in East County and buying water from the Carlsbad desalination plant, which is due to begin operating this fall.

Mark Weston, chairman of the County Water Authority’s Board, in a media release, says of the ruling, “After five years in court, we have prevailed on the two main points of our main lawsuit--that MWD has systematically overcharged San Diego region’s ratepayers while shorting our rights to MWD.”

Weston adds that the ruling “affirms our efforts to protect San Diego County ratepayers,” adding, “We will continue to need support from civic and business groups as we fight MWD expected appeals and new strategies to overcharge this region.”

Times of San Diego reports that a spokesman for the MWD, Bob Muir, said the final ruling was not surprising and confirmed that his agency planned to appeal.

The Water Authority intends to file a motion asking to recover attorneys’ fees and other costs from the MWD.