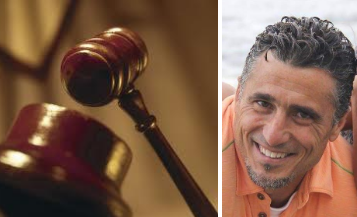 Otero, a San Diego building contractor, was sentenced by Senior U.S. District Judge John Houston after a federal jury convicted Otero last November of fraudulently obtaining over $11 million dollars in government contracts through his company which had been set aside for small businesses owned by disabled veterans.

(Otero also owns A&D Fire Sprinklers, Inc., a West Coast fire sprinkler company with 300 employees at locations including San Diego, Los Angeles, Salt Lake City, and Spokane, but the company was not involved in the litigation.)

Judge Houston sentenced Otero to 18 months in federal custody and ordered him to pay $400,000 in criminal fines. He also sentenced A&D, Otero’s company, to pay $1.5 million in criminal fines and imposed criminal forfeiture of $334,561. Earlier in June, both A&D and Otero settled civil False Claims Act allegations coming out of the same case, agreeing to pay the U.S. government $3,258,679. Payment of the civil settlement amount will offset the criminal fines imposed by Judge Houston.

The conviction stems from when a federal grand jury indicted Otero and Roger Ramsey, owner of Action Telecom, a now defunct Santee-based telecommunications provider, for fraudulently obtaining $11 million in federal contracts specifically set aside for service-disabled veteran-owned businesses through the Department of Veteran Affairs.

Otero has no military experience, yet, with veteran Ramsey, participated in a conspiracy to defraud the government by forming a joint venture. They also falsely represented that Action Telecom and the joint agreement qualified as service-disabled veteran-owned small business (SVOSB).

On Tuesday, the East County Enquirer, a Facebook group, republished a statement by Otero from his Facebook page in which he states, “I make no excuse, and take full responsibility for what I was convicted of. When you bend rules, sometimes you have not even the slightest idea of what the consequences can turn out to be. A very costly but valuable lesson…”  He also states, “I also want to be clear. Tamara Stork Otero was completely un-involved with any of my businesses. She was not aware of how I obtained these three projects.”

According to a press release issued by the U.S.Attorney’s Office Southern District, Andrew Otero and Ramsey signed a secret side agreement that made clear that the joint venture was ineligible to bid on the contracts.

Yet, to appear qualified, Otero and Ramsey executed a side agreement which stated that Ramsey’s company would be the managing venture, employ a project manager for each of the set-aside contracts and receive the majority of the profits. In fact, the party’s created a side agreement so that A&D could simply “use the Disable Veteran Status of Action Telecom” to bid on contracts. It also stated that A&D – not Action – would run the construction jobs. They also agreed that “A&D will keep 98 percent of every payment; Action Telecom would receive 2 percent of every payment.”

In addition to the secret side agreement, the government cited evidence that demonstrated several ways in which the joint venture did not operate as a legitimate service disabled veteran-owned small business, but was controlled by Otero and A&D. Although Ramsey (a service-disabled veteran) nominally served as president of Action Telecom and the joint venture, he actually worked for another telecommunications company.

Otero and A&D, not Ramsey, controlled the day-to-day management, daily management and operation and long-term decision making of the joint venture. Among other things, the press release says, Otero and A&D appointed an A&D employee as the project manager for every contract and task order.” Judge Houston said that Ramsey was largely absent from the scheme and that Otero was the “mastermind” of the crime.

According to U.S. District Attorney Aaron P. Arnzen, Ramsey entered into a deferred prosecution agreement pursuant to which he pled guilty to a violation of 18 U.S.C. Section 1001, and agreed to pay a fine of $24,406, and the Government moved to dismiss the remaining charges.

Otero, who stood by the side of his attorney throughout the proceeding, was then introduced by Larson, who said Otero wished to address the court with a statement. As Otero unfolded the sheets of paper, he began to tremble and with his voice, cracking said that what he had intended was “too long” to read and then expressed his remorse for his actions.

Before formal sentencing, Otero’s attorney, Stephen G. Larson of the Los Angeles law firm of Larson O’Brien, LLP, asked the court for leniency for his client and suggested “house arrest” because Otero was responsible for caring for family members with serious medical issues. The attorney noted that Otero had no prior criminal history, had led an exemplary life, was a caring employer who had made generous contributions to local charities.

The request for leniency was rejected early on by Judge Houston on the grounds that his ruling “needed to send a strong message” to others who might consider defrauding the federal government in the future by attempting to get lucrative contracts for which the bidder was not qualified.

Judge Houston pointed out to Otero that both the U.S. Congress and presidential administrations have strongly stood behind U.S. service veterans and disabled veterans to help them have small businesses as they attempt to adjust to everyday life after serving our nation.

The judge said that the fraud by Otero and his company took away contracts away from veterans who “bore the weight of war.” He said that their crimes harmed disabled veterans by diverting contracts that should have been otherwise awarded to legitimate disabled vets. “These are war veterans who returned to the United without limbs, psychologically damaged, looking for a way to be self-sufficient,” Judge Houston said. “Where are these veterans now? We don’t know.”

Otero is scheduled to give himself up by Oct. 7 to the U.S. Bureau of Prisons. Otero whispered to his attorney that he was prepared to begin serving his sentence as soon as he was able to finalize financial arrangements to make payment to the federal government before Oct. 7.

Tamara Otero was called to the podium at the end of the proceedings, where she agreed to continue to honor a surety bond arrangement to assure Otero’s promise to give himself up to federal prison authorities.