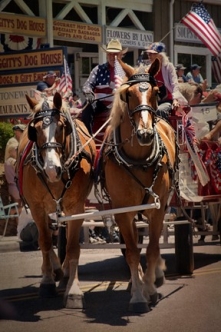 June 14, 2018 (Julian) -- This year Julian’s 4th of July parade has the theme, “Julian’s Star Spangled 4th,” a salute to the men and women who made our country great, both domestically and militarily.