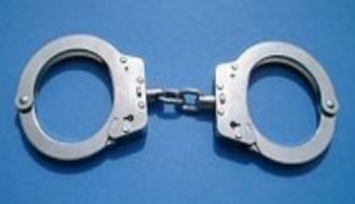 July 5, 2019 (Julian) – A Sheriff’s deputy investigating a burglary that occurred overnight in the 3300 block of Pine Hills Road spotted a Baja Bug (a Volkswagon beetle car altered for off-road use) drive onto the victim’s property this morning.  Realizing this could be the burglar returning to steal more items, the deputy tried to contact the driver, who sped away.

Other deputies responded and found the vehicle at the intersection of Pine Hills Rd. and Highway 78—stuck in a ditch after the driver missed a curve in the road.

The suspect was found and taken into custody. The Baja Bug had been stolen from an earlier burglary in Borrego Springs and suspected stolen property was recovered.

The suspect, Mario Cunha, 30, of El Cajon was booked into San Diego Central Jail, charged with burglary and auto theft.