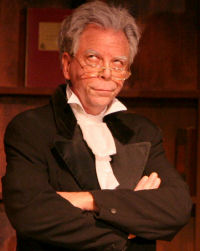 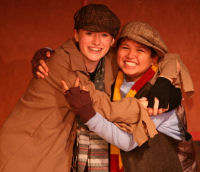 17, 1843. The story tells of dour and stingy Ebenezer Scrooge's ideological, ethical, and emotional transformation after the supernatural visits of Jacob Marley, a business partner of Scrooge, and the Ghosts of Christmas Past, Present, and Yet to Come.
Dickens' sources for the tale appear to be many and varied, but are principally the humiliating experiences of his childhood, his sympathy for the poor, and various Christmas stories and fairy tales. The forces that impelled Dickens to create a powerful, impressive, and enduring tale were the profoundly humiliating experiences of his childhood, the plight of the poor and their children during the boom decades of the 1830s and 1840s.
Dickens' Carol while it brings to the reader images of light, joy, warmth, and life it also brings strong and unforgettable images of darkness, despair, coldness, sadness and death. Scrooge himself is the embodiment of winter, and, just as winter is followed by spring and the renewal of life, so too is Scrooge's cold, pinched heart restored to the innocent goodwill he had known in his childhood and youth.
In 1824, Dickens' father was imprisoned and twelve-year-old Charles was forced to take lodgings nearby, pawn his collection of books, leave school, and accept employment in a factory. He had a deep sense of class and intellectual superiority, and was entirely uncomfortable in the presence of factory workers who referred to him as "the young gentleman". He developed nervous fits. When his father was released at the end of a three-month stint, young Dickens was forced to continue working in the factory, which only grieved and humiliated him further. He despaired of ever recovering his former happy life. The devastating impact of the period wounded him psychologically, colored his work, and haunted his entire life with disturbing memories.
A Christmas Carol remains popular, has never been out of print, and has been adapted to film, opera, and other media.
For more information and reservations, call (760)765-3789.
Tickets: $10/adults; $5/children 12 & under.
Doors open one hour prior to performance times. Reservations not required, but recommended. Credit cards accepted (6% handling charge applies). Refunds or ticket exchanges require 48 hours’ notice.
Be sure to allow time to take in the quaint holiday charm of small-town, historic Julian, with its horse-drawn carriages, strolling carolers, and spiced cider.