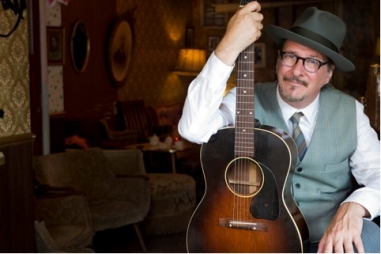 August 21, 2016 (Julian) -- The 47th Annual Julian Music Festival 2016 to benefit the California Wolf Center will take place Saturday, September 17 from 1 to 7 p.m.(Door opens at noon)  The setting for the festival will be the Menghini Winery located at 1150 Julian Orchards Drive in Julian.  Parking is free.  Tickets may be purchased on the website:  https://julianmusicfestival.com.

Gregory Page will take the stage from 4:00 to 5:00 p.m.  Gregory Page is an eclectic and prolific singer-songwriter, genre-bending V2 recording artist, “Croonadour” (Crooner+Troubadour) filmmaker and music producer.  With over 20 critically acclaimed CDs in his discography, Gregory Page has toured the world many times over from Australia to Europe.  He has headlined a wide range of venues (London’s 02 Arena) and international music festivals  (Woodford & Manly) having opened for the likes of Bob Dylan, Leon Russell, Judy Collins, Chris Isaak and Jason Mraz.

Page was born in London.  A third generation musician, he grew up surrounded by family members who performed and recorded traditional Irish music.  As a child he was always fascinated listening to 78 rpm records on his grandfather’s phonograph.  His parents were musicians who met while touring with their respective bands, “The Beat Chics” & “The Martians,” 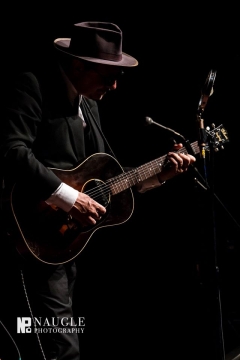 Educated in music composition and classical guitar at Trinity College, he moved to San Diego where he tirelessly began inventing his own brand of music.  As he poured into shellac relics from The Boswell Sisters to Al Bowlly—from Sophie Tucker to Sara Vaughan , the secrets of the universe seemed to unfold for him and his voice and songwriting viewpoint was shaped into black and white.  Gregory Page seamlessly combines the elements and essence of folk, Celtic, American Roots Jazz, ragtime, swing and French Romanticism into a musical experience that both inspires and transports the listener.  From the BBC to NPR to film and television soundtracks, The Gregory Page Songbook captures the imagination, enabling audiences the world over to “rewind” with original music that is cinematic, nostalgic and full of the innocence grace, joy & romance of the early 20th century.  In his own words: “Home is where the heart is.  But from my point of view; Home is where the guitar is.” To find out more, visit http://www.gregorypage.com

The outstanding lineup also includes,  the eclectic folk and Americana of “Way Back Then,” the wonderful singer-songwriter, Sara Petite and the fun musical magic of Abrakadabra. The schedule appears on the festival website. https://julianmusicfestival.com