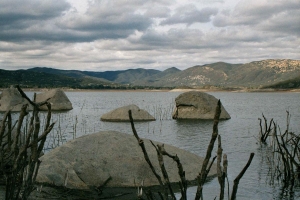 According to the Medical Examiner, Nodal went hiking with a friend on April 23.  They camped overnight and continued the hike the next day, but by afternoon Nodal fell ill and told his friend to continue without him.  Nodal subsequently tried to continue hiking,  but injured his leg.  He then texted his father, who called 911.

A Sheriff Search and Rescue team conducted an aerial search and located the ailing hiker, dispatching emergency medical personnel.  Upon arrival, they found Nodal in an altered state of consciousness with labored breathing.

Advanced cardiac life support was initiated but he died at the scene. An autopsy to determine cause of death is pending.