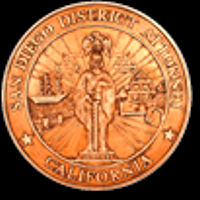 “The District Attorney’s Family Protection Division and Deputy District Attorney Kurt Mechals in particular, are to be commended for their dedication to pursuing justice in this difficult case,” said DA Dumanis.

In May 2009, Cothron filed a restraining order against Hayes, her grandson, after she suspected he had been stealing from her. About four weeks later, Hayes and Reed forced their way into Cothron’s home, killed, robbed and stole her car then spent the money on partying and drugs in Mexico.

Two juries, which deliberated for two days, heard the evidence against Hayes and Reed before handing down guilty verdicts. They face life in prison without parole and will be sentenced at a later date.