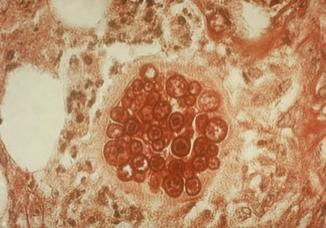 January 22, 2016 (San Diego’s East County) — Residents in San Diego’s East County have raised fears of spreading Valley Fever spores in their arguments against projects ranging from a sand mine in Lakeside to solar projects in Boulevard and Jacumba.  Now a jury in Northern California has shown just how expensive a verdict might be for a government entity or company that ignores such risks.

A Solano County Superior Court jury yesterday returned a nearly $12 million verdict in favor of five employees of Bugler Construction.  The six-year litigation involved claims that the California Department of Transportation (Caltrans) caused the five individuals to contract Valley Fever and suffer debilitating, life-long effects of this incurable disease.  Caltrans was found 100% liable for concealment and 100% liable for the dangerous condition of public property.

"The jury has found that Caltrans maintained state property near Route 22 in Kern County infected by the dangerous Coccidioides immitus fungus and fraudulently concealed the  presence of the fungus when it contracted with Bugler Construction to perform excavation and earth-movement work and expand a culvert there in 2008," said Alfert.  "Caltrans is responsible for the harm that has occurred because it disregarded the serious and permanent health risks this fungus posed to these individuals. Today's award will help these five employees with their ongoing medical expenses, but it does not undo the wrong Caltrans did in this matter."

The Coccidioides immitus fungus causes the potentially fatal, incurable disease coccidioidomycosis, commonly known "Valley Fever." When the spores are disturbed and released into the air by soil-disturbing activities, such as excavating or moving earth, workers can inhale the spores and develop the disease. All plaintiffs contracted Valley Fever as a result of their work excavating soil at the Kern County culvert project.

The disease is more severe as more spores are inhaled, with permanent lung damage the primary harm associated with severe infections. Once inhaled, spores of the fungus attach to the lungs, multiply and destroy lung tissue.  The infection can also spread to other body organs including the brain, and cause additional permanent damage.

According to testimony presented during the trial, Caltrans knew this construction site was in an area highly endemic for Coccidioides immitus. Until the plaintiffs were diagnosed with Valley Fever, none had knowledge of the fungus, nor did they know the area in which they were working was infected.

Caltrans also admitted at trial that before contracting with Bugler Construction, it knew the project was in an area that posed the "highest risk" of developing Valley Fever to persons engaged in soil-moving activities. The state agency also admitted that before the project began, it had received a map from the Kern County Public Health Department identifying areas where the fungus had been previously isolated in the soil.

The plaintiffs established during trial that by 2007, Caltrans warned all of its employees with email accounts in Kern County about the risk of the Coccidioides immitus fungus and informed them how to prevent exposure.  That warning, however, was not given to independent contractors and their employees such as the plaintiffs  in this case.

"There is no question that our clients will continue to suffer significant health issues in addition to the emotional and psychological damage that was done through the disregard for their well-being," said Peter Alfert, lead attorney on the case.  "The jury reached the right conclusion and hopefully this award will help our clients establish some semblance of a new life and help pay for the healthcare costs they will continue to incur for the remainder of their lives."

According to Alfert, two of the construction company's employees are already disabled and unable to work, and the two who are not fully disabled require accommodations as a result of Valley Fever. The company's owner, Glenn Bugler, who had less direct contact with the soil and had a less severe infection, has returned to work.

The case should serve as a lesson to government bodies and contractors:  provide protection to workers in areas known to have Valley Fever, saving both the health of workers and the high cost of litigation.

Perhaps such projects should be avoided altogether in areas such as El Monte Valley, since unlike workers, residents cannot be expected to wear protective gear for the 30 years that sand mining is expected to stir up soils known to have Valley Fever near their homes.

For more information on symptoms and effects of Valley Fever, visit http://www.cdc.gov/fungal/diseases/coccidioidomycosis/symptoms.html.

For more information on the law firm for plaintiffs in this case, go to  http://www.hintonalfert.com/

Best thing to happen for Valley Fever activists! Arizona probably has had the same construction-related cases, but nothing ever came of it legally. A big fat verdict is necessary to tell people that it's cheaper in the long run to come up with a vaccine that prevents this deadly disease than engage in expensive litigation.
Janice Arenofsky, Exec. Dir. Arizona Victims of Valley Fever