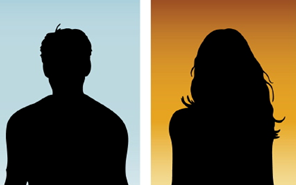 March 10, 2014 (Washington D.C.)--The U.S. Justice Department has created a national task force to study impacts of violence on Native American children.  Task force members have said they are shocked to find epidemic rates of suicide among young people on reservations.

Young Native Americans are committing suicide at three times the national average – and up to ten times higher on some reservations.

Former U.S. Senator Byron Dorgan of North Dakota is cho-chairman of the task force. He believes these tragic deaths among young people is a direct result of a “trail of broken promises to American Indians.”

After being forced off their native lands in the 1800s and 1900s, the Indians were victimized again by broken treaties with the U.S. government, that largely failed to deliver health care, education and housing  that was promised.  Federal policies also  tore Indian children away from their parents and forced them to live in boarding schools—a practice that happened here in East County and continued in some parts of the U.S. until the 1970s.  Students, many of whom were mistreated at those boarding schools, are the parents and grandparents of today’s younger generation.

Despite casinos that brought economic opportunities to some tribes, nationwide, a quarter of all Indian children still live in poverty. That’s double the national ratel.  Native American children are twice as likely as children in any other race to die before age 24.

Even tribes that have attained financial self-sufficiency have suffered traumas among their young people.  Reservation teens with sudden wealth have sometimes fallen victim to drug and alcohol addictions.

Unemployment and domestic violence also contribute to feelings of despair – and Native American woman suffer far higher rates of sexual assault than women of all other ethnic backgrounds in America, driving some to suicide.

Yet ironically, suicide was once virtually unheard of in Indian tribes, the Washington Post reports. That’s because Native Americans believed that everyone in the community was responsible for caring for a tribe’s young people.

But as Indian children were forced into boarding schools to learn the white man’s ways, too often the lessons taught were trauma, neglect and abuse.

The Washington Post reports on a heartbreaking story of a young teenage girl in Arizona who hanged herself on a tamarisk tree.  Soon after, her father did the same.

Efforts are being made to help stop this tragic tide of suicides among Indian youths.

The Native American Suicide Prevention Act, or HR 1599, has been introduced in Congress. It would require states that apply for federal money for suicide prevention to talk with Native American tribal leaders and be sure that funds are provided and used effectively to help prevent suicides among young tribal members.

The U.S. Justice Department is gathering data on ways to prevent violence, including suicide, among Indian youths.  Its task force will be reporting recommendations to Attorney General Eric Holder Jr. this fall.   Meanwhile the task force is holding meetings on reservations across America, talking to tribal members on how best to help save lives.

They’ve met with people like Tyler Owens, a neighbor of the girl and her father who took their own lives on the Gila reservation in Arizona.

“In Indian country, youths need to have somebody there for them,” Owens told them. “I wish I had been that somebody for the girl in the tamarisk tree.”