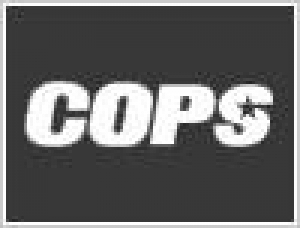 March 18, 2015 (San Diego)--The U S. Justice Department has completed an investigation into officer misconduct at the San Diego Police Department.  The report found serious problems with supervision and failure to hold employees accountable for their actions over a five-year period.

SDPD Chief Shelley Zimmerman says, “We requested and welcomed this assessment from the Department of Justice’s Office of Community Oriented Policing,” also known as COP.

Ronald Davis, director of the Justice Departments COP office, says, “Our goal with this report began with identifying deficiencies in policies, practices, or organizational culture that allowed misconduct to occur and to go undetected for years in San Diego.  We see this report as a blueprint for reforms, and for building on the reform efforts already undertaken by former Chief William Lansdowne and Chief Shelley Zimmerman.”

The probe focused on 17 police misconduct cases and made 40 recommendations, citing a “failure of leadership on small issues” that led to big issues, according to Davis.

10 News reports that U.S. Attorney Laura Duffy has indicated some of the reforms have already been implemented, and Chief Zimmerman has stated that all reforms recommended by the Justice Dept. will be implemented.

The Justice Department investigation was requested by the current and prior police chiefs, Zimmerman and Landsdowne, as well as by Mayor Kevin Faulconer and City Attorney Jan Goldsmith following numerous arrests of police officers.

Some of the high profile cases included Anthony Arevalos, who was convicted of demanding sexual favors from women he pulled over for suspected drunken driving in the Gaslamp Quarter, Christopher Hays, who pled guilty to groping and illegally detaining women, as well as other officers arrested for drunken driving, burglary, domestic violence and indecent exposure.

Chuck Wexler with the Police Executive Research Forum told 10News, "I think there are national implications from this study; that's the importance of a national standards unit, internal affairs and officers standing up when they see behavior that's bad."