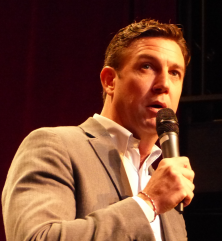 The statement indicated that the Dept. of Justice has asked  the committee to defer its investigation into potential ethics violations.  The Committee also released  the independent Office of Congressional Ethics (OCE)  report on its findings.  That report reveals that the bipartisan OCE members voted unanimously, 5-0, to recommend that the House Committee on Ethics further review the allegations “because there is  “substantial reason to believe that Rep. Hunter converted campaign funds to personal use to pay expenses that were not legitimate and verifiable campaign expenditures attributable to bona fide campaign or political purposes.”

Hunter recently voted to gut the powers of the OCE, though the House later backed off that action following a public outcry.  It is unclear why he did not recuse himself from voting to weaken an entity that was currently investigating him.

The Justice Dept. does not customarily confirm investigations in progress. However Times of San Diego reports that it interviewed  employees at a Jiffy Lube within view of Hunter’s El Cajon office. The employees indicate multiple FBI agents visited Hunter’s El Cajon office on February 23rd.  Jiffy Lube Manager Uriah Martinez stated an FBI agent “Did inform one of our employees that they were doing an investigation…You could just see all of them that were inside there.”

The San Diego Union-Tribune reports that Hunter’s lawyers,  Elliot S. Berke and Gregory A. Vega, issued this statement today in response to the Ethics Committee’s announcement:

“Last year, Congressman Hunter became aware of expenditure issues confronting his campaign committee. Out of an abundance of caution, he took corrective action in consultation with the FEC and, ultimately, he and his wife personally repaid the campaign approximately $60,000.”  The statement added that Rep. Hunter “intends to cooperate fully with the government on this investigation, and maintains that to the extent any mistakes were made they were strictly inadvertent.”

At a town hall meeting in Ramona earlier this month,  when asked about his campaign finance issues, Hunter stated the had had accepted “responsibility” and paid back over $60,000 out of an “abundance of caution” before the November election. He asserted that these were mistakes by his campaign adding, “I’ve fixed it. End of story.”

But the story isn’t over as far as the Justice Department and FBI are concerned, apparently. Their investigations follow a series of articles published by the  Union-Tribune,a Federal Election Commissions (FEC) investigation and a  complaint by Citizens for Responsibility and Ethics in Washington (CREW) last April.

CREW Executive Director Noah Bookbinder issued a statement following today’s revelations, indicating that Hunter has shown a “blatant disregard for the rules” adding, “This is the most egregious Congressional spending scandal since Aaron Schock. We are glad to see the Office of Congressional Ethics voted unanimously for an investigation and will be closely following the FBI’s criminal investigation of Congressman Hunter.”

Schock, a Republican Congressman from  Illinois, resigned in March 2015 amid mounting questions over his campaign finances which similarly included lavish spending on trips and personal items using federal campaign funds. He was indicted by a federal grand jury on charges including theft of government funds,  fraud, making false statements and filing a false tax return, the Chicago Tribune reported .  Schock  has pleaded not guilty to the 24 charges; his case is set for hearing in July 2017.

If Hunter should choose to resign, it would trigger a special election to fill the vacancy. The last time the San Diego region saw a special election to fill a Congressional vacancy was in 2006, when Brian Bilbray was elected to  fill the vacancy left by resignation of Rep. Randy Duke Cunningham, who pled guilty to accepting $2.4 million in bribes.

Neither the Constitution nor House rules require a member to resign even if they are indicted or convicted of a crime, though if convicted they lose chairmanships and may be censured, among other consequences, according to the Congressional Research Service. 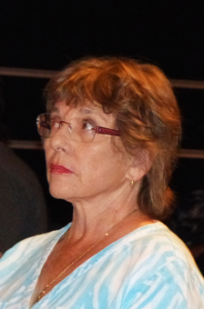 Gloria Chadwick is a former Veterans Administration nurse and elected member of the Grossmont Healthcare District Board.  During Hunter’s recent town hall meeting, she denounced his “corruption” and announced plans to run against him in 2018.  Chadwick received over 60,000 votes in her last election, the top vote-getter in the healthcare district which overlaps much of Hunter’s 50th Congressional district.

Today, Chadwick sent this statement to media including ECM:

“Duncan Hunter Jr.’s personal greed, unethical conduct and corruption in office makes him unfit to represent us in Congress. He thinks he’s above the law and doesn’t have to play by the rules. As a registered nurse and 18-year-elected director of the Grossmont Healthcare District, I have the character and experience to restore integrity, cure corruption and fight for affordable healthcare when I replace Hunter Jr. in Congress.”

Chadwick added, “I applaud the Office of Congressional Ethics for their unanimous vote to investigate his blatant misuse of campaign contributions and dishonorable conduct while the FBI conducts their criminal investigation of Congressman Hunter. The only cure for corruption is to replace him with smart, ethical and honest representation.”

served in Congress for 28 years, ran for president in 2008. Later his son Duncan D. Hunter spent campaign money for personal needs (like his rabbit traveling first class air) and only "became aware of expenditure issues" when it came to public notice? . . . .Get the hook. Being stupid isn't an option. Don't let the door hit ya, Dunc.
"Abundance of caution"? What a load of pure crap Dunkin! You know better than to try to BS the people with this favorite 'excuse' of all congress people, i.e., "mistakes were made". How stupid do you think are the people of your district? How many people do you think are going to swallow your BS about spending close to $60,000 without intending to? I'm not in your district any more, thank god, but I will be supporting whoever decides to run against you, you miserable crook.
news report: Rep. Duncan Hunter (R-Calif.) spent $600 of his campaign funds to fly his family's rabbit. . . . Did Hunter use British Hare-ways?
"The lawyers said Hunter intends to cooperate fully with the government on this investigation, “and maintains that to the extent any mistakes were made they were strictly inadvertent and unintentional.” " If so, what was the need to take out a mortgage on their home to "repay", if the $10Ks of splurging was just a case of using the wrong credit card? Why not "payback" the rampant spending with their personal card to clear the campaign funds card? Obviously, this was NOT "inadvertent and unintentional" as claimed by Duncan Hunter Jr. This was criminal spending of LOTS of money they did NOT have! The Hunters getting that mortgage loan from a convicted criminal, a friend of Hunter Sr. (read the SD Union Tribune article) also leads one to deduce the likelihood that mortgage lenders/underwriters had already "indicted" Duncan by refusing to lend to Mr. and Mrs. HUGE CREDIT RISK. Second thing: Will the US DOJ lead by Trump's one of many tainted nominees, Jefferson Beauregard Sessions, who can/will also tell a lie, going to aid Hunter and slap him on the wrist? Be watchful, be loud and be outraged now to guard against that fellow CA-50 citizens! This crooked punk cannot be East County's Congressional representative!