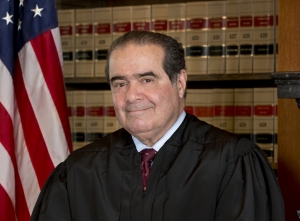 February 13, 2016 (Washington D.C.) – The sudden death of prominent conservative Justice Antonin Scalia today leaves a vacancy on the U.S. Supreme Court and the prospect of numerous high-profile cases deadlocking 4-4.  President Barack Obama has announced he intends to appoint a replacement, but  Senate Majority Leader Mitch McConnell has suggested any nomination would be blocked by Senate Republicans and stated that in this election year,  Obama should leave nominating a Supreme Court justice for the next administration.

McConnell’s remark may be viewed as hypocritical, since he voted for Republican President Ronald Reagan’s appointment of Justice Anthony Kennedy in an election year.  Kennedy was confirmed by the Senate, which was controlled by Democrats.

In fact, since 1900 there has not been a single case of the Senate refusing to confirm a presidential appointment to the Supreme Court in an election year due to the pending election. The stakes are high for both sides in filling the void left by Scalia, but so are the consequences of leaving a seat vacant for nearly a year.

According to the SCOTUS (Supreme Court of the United States) blog, during election years, Supreme Court nominations by Presidents William Taft, Woodrow Wilson, Herbert Hoover, Franklin Roosevelt, and Ronald Reagan were all confirmed.

Never has a Supreme Court justice position been left vacant until after election.  In the only case of a high court nominee not winning confirmation in an election year (for reasons that had nothing to do with the upcoming election), the nomination made by President Lyndon Johnson was intended to replace a justice who had announced plans to retire, but remained on the bench.

Scalia was found dead at a private ranch in Texas where he was attending a party.  When he did not come to breakfast, his room was checked and he was found to have died in his sleep.  Authorities have indicated that while cause of death is not yet confirmed,  Scalia is believed to have died of natural causes.

His sudden passing leaves the Supreme Court with the prospect of deadlocking 4-4 on pending decisions in several major cases.  Any votes cast by Scalia prior to his death will not count, per the law.  In a tie vote, the lower court’s ruling would stand.

Major pending cases include a challenge to President Obama’s immigration policy, a suit that could redefine the meaning of “one person, one vote” in elections, a challenge to abortion access, and a public-employee unions case involving the California Teachers Association. Court analysts predict these cases will likely deadlock, essentially resulting in wins for progressives.  A case that challenges affirmative action, however, could be won by conservatives since liberal justice Elena Kagan has recused herself due to a conflict of interest.

Many landmark cases have been decided by the current Supreme Court through a slim one-vote margin including the controversial Citizens United decision that allowed unlimited corporate and Super-PAC funding of campaigns and the case that legalized same-sex marriages.  Justices are appointed for life, unless they retire, so for both conservatives and liberals, this is a high-stakes battle for the philosophical soul of the nation’s highest court for potentially decades to come.

Senate Minority Leader Harry Reid has stated, “It would be unprecedented in recent history for the Supreme Court ot go a year with a vacant seat. Failing to fill this vacancy would be a shameful abdication of one of the Senate’s most essential Constitutional responsibilities.”

If the Senate fails to confirm an appointment, that would leave the high court deadlocked for nearly a year.  The newly elected president would then make the appointment—potentially a president Hillary Clinton or Bernie Sanders if Democrats win, or if Republicans prevail, a president Donald Trump, Ted Cruz or one of the other candidates still vying to win the primary.

A smooth path to a Supreme Court nomination could remain challenging, however, depending not only on who wins the presidency, but also whether the elections result in a Senate controlled by the same party as the new president, or the opposition.