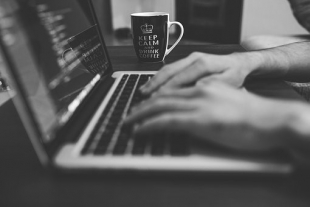 They Mayor says his goal in introducing item 6.3 on the agenda during the March 14th public hearing was to assure that members are giving public hearings their full attention and not engaging in outside communications, assuring transparency.  But Councilman Kalasho claims the move is unconstitutional and targets him.  Members of the public who spoke sided with Kalasho in a testy exchange that can be viewed on video (starting at approximately 52 minutes, 44 seconds):  https://elcajonca.iqm2.com/Citizens/SplitView.aspx?Mode=Video&MeetingID=1049&Format=Agenda

Mayor Wells observed that “technology has fallen behind tradition.”  He voiced concerns over showing “respect for the public” as well as assuring no Brown Act violations occur should a Councilmember text another to discuss an agenda, something that has not been alleged here.

His measure would outlaw use of cell phones laptops or other electric devices on the dais during Council hearings, except in case of emergencies.

Councilman Steve Goble noted that at a League of California Cities meeting recently, the issue was discussed and the need for transparency emphasized.

Councilman Gary Kendrick stated, “Transparency is very important to the public. You deserve our full attention. He called it “just plain rude” for a Councilmember to be typing on a notebook computer or on their phone “when we’re supposed to be paying attention to what happens at a meeting.”

Kalasho said that the League of California Cities meeting was held before a state Supreme Court case, which held that citizens have the right to request any private communications by public officials, such as text messages or emails using private email addresses, as public documents.  He said if people need assurance that no inappropriate communications occurred on private devices, they could get those records with a public records request.

Councilman Kalasho said that while texting from the dais is “a reasonable thing to stop,” it’s not reasonable to prohibit taking notes on a personal computer and would “impede my ability to take notes.”  He observed, “I’m the only one up here with an iPad and this is how I take notes.  You could do that with an iPad, with a pencil, or chiseling it on a stone table…It would be illegal to put limits on how you can take notes.”

He asked Mayor Wells which member has been using a cell phone during hearings. Wells said he was merely keeping up with what “Councils across America” are enacting.

Kalasho fired back, “I actually did some research” on the proposed code. “There is no comparable city that does that.”

Wells said there are, and that he would have to bring in more information.

Kalasho then stated, “I want to make it perfectly clear: it would be against the law for you to ban the method of which a council member, or anybody, can take notes.”

Councilman McClellan recalled another local Council that had problems with members using phones and reading emails during Council meetings, but didn’t know how the problem was addressed.

Wells said when he visited Sacramento a couple of years ago, he saw Assembly members on their phones, ignoring a speaker of the opposite party.  “This job requires we pay attention to each other and show each other respect,“ he said.

Kalasho noted that El Cajon Council members haven’t talked on phones or ignored each other. “We don’t do that here.”

Councilman Gary Kendrick said he thought iPads were disabled for Wi-Fi but that members could take notes.

Kalasho said if someone was using an electronic device inappropriately he would entertain a reasonable request to address that problem.  But he repeated, “I’m the only guy with a laptop and that’s the way I take notes. There is no legal standing for you to prevent me from taking notes on my laptop. I just want to save you some time.”

Councilman Steve Goble noted that it would not be appropriate for members to look up websites and access information that’s not part of the evidence presented in a public hearing, but said, “How you take notes is a different story.”

Kalasho said, “I concur about the internet.”

One resident spoke during public testimony. Stephanie Harper told Council, “I believe this item to be solely targeted towards Councilman Kalasho…He’s a pretty smart fellow. I’ve seen him do more than one task at a time…If he can get more information on a subjecting being discussed…that can be helpful,” she said.  “Whether he’s on the phone or taking notes…the haters are gonna hate. That’s what they do. I believe this item is a total waste of the city’s time.”

Councilman Kendrick asked the City Attorney if it’s legal for a member to get information online after a hearing starts, other than information the public has access to already.  The attorney advised, “You cannot use extrajudicial information” such as “contacting people and asking their opinion once a public hearing is going on. You can only base your vote on the public hearing and your own knowledge...To investigate outside of that would be inappropriate.”

Councilman Wells made a motion to approve the item and have staff bring back a proposal for consideration at a future meeting.

The motion was approved 4 to 1, with Councilman Kalasho opposed.

One potential solution, it would seem, could be to restrict use of Internet and text messaging during hearings other than for emergencies, but allow electronic note taking.