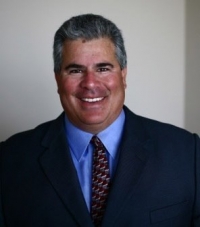 September 5, 2018 (El Cajon) -- In the zig-zags of the sexual harassment and fraud case involving El Cajon Council Ben Kalasho and his wife, Jessica Kalasho, the case zagged on Tuesday when San Diego Superior Court Judge Timothy D. Taylor recused himself, ordering the case to be reassigned. By day’s end the case was assigned to Superior Court Judge Kenneth J. Medel.

In a statement released by Taylor as a part of a “Minute Order”  on Tuesday, the Judge recused himself from any further proceedings in the case saying, “As the result of recent events in the case, and after a long weekend of reflection, the undersigned, on his own motion, hereby recuses himself from hearing or taking any further action in relation to this case, effective immediately.”

Judge Taylor continued in his statement, “This case is ordered processed for reassignment to another judge. The clerk is ordered to promptly serve copies of this Order on all counsel of record. Any hearings previously set are vacated, subject to being re-set before the transferee judge.”

East County Magazine learned Taylor’s decision was made following the provisions of a section of California Civil Procedure which deals with the instances a judge may disqualify himself, specifically if “A person aware of the facts might reasonably entertain a doubt that the judge would be able to be impartial.”

The reassignment of the case to Judge Medel has resulted in the entire case, which could have been tried and gone to a jury in November, to be pushed into 2019.

A statement released to ECM by attorney Jimmie Davis Parker indicates that in spite of the recusal, the case will proceed undeterred. “The evidence against the Kalashos is overwhelming and we remain confident that justice will prevail irrespective of the judge assigned to preside over the trial," Parker said.

It had been anticipated that Parker was going to introduce an order next week, ordering Kalasho to appear in an arraignment in the next two weeks in what one of the attorney’s referred to as a “quasi-criminal” civil case.

Because both Kalashos have declared themselves as indigent, Parker is expected to call for them to be represented by a public defender. At that time, the attorneys will call for him to be arrested which would then cancel his probation judgement in connection with a felony-reduced-to-misdemeanor of a violation of California State Worker’s Compensation laws which requires him to “violate no laws.”

Judge Medel has served on the San Diego Superior Court bench since 2010 and was re-elected in 2018. His most recent re-election did not appear on the most election ballot due to lack of an opposing candidate for the seat. He was initially appointed by Governor Arnold Schwarzenneger.

Medel reportedly a registered Democrat, was owner and principal lawyer of The Medel Law Firm since 2001. Before that, he was a partner in two other San Diego law firms from 1987 to 2001. Prior to that, he served as a deputy district attorney in San Diego County from 1980 to 1987. He received his law degree from the University of San Diego School of Law and is a graduate of the University of California Irvine.

In a recent prominent case last November involving a Lemon Grove group looking to put a follow-up medical marijuana initiative onto the ballot in Lemon Grove, Medel ruled that the group had improperly circulated a petition for the new measure and was not be allowed to use the signatures gathered.

The case stemmed from  the petition missing part of the language required for initiative petitions as drafted by Lemon Grove City Attorney Jim Lough. The title printed on the petition packet circulated to voters omitted a total of 29 out of 63 words. It also included only two out of the six changes as drafted by Lough.

Just 6 months ago this weasel offered $25,000 to anyone who runs against Alessio for La Mesa City Council. Additionally, it has been reported he owns 2 homes (1 in Santee and 1 in El Cajon) a car wash, a for-profit chamber of commerce, a for-profit beauty pageant on top of his salary as a member of the El Cajon city council. Citizens with far fewer financial financial assets have not claimed indigency, and serial liar Bessmon Kalasho should not be allowed to.
Makes me wonder what he knows about the Kalasho's that could potentially damage them. I also find it interesting that the Kalasho's can "claim" they're indigent. Look at the way they have flaunted their apparent wealthy lifestyle and society status. I don't believe this new story (lie) for a second. Someone should investigate this smoke & mirror tactic, because I'd be extremely shocked if this passes the Pinocchio test. Good story Paul. Keep up the excellent work!