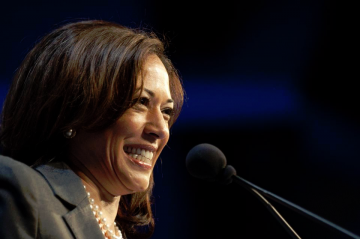 December 22, 2016 (San Diego’s East County) – Senator-Elect Kamala Harris (D-California) has been assigned to serve on four committees in the Senate: Homeland Security and Governmental Affairs Committee, Select Committee On Intelligence, Environment and Public Works Committee, and the Committee On Budget.

While the fight for justice and equality has become more urgent, this is still a nation founded on the ideas of liberty and equality for all -- and we will not give in at a time when so many Californians and Americans are uncertain about the future of our country,” Harris pledged in an e-mail to supporters.

Harris, who served as California Attorney General prior to winning election to replace retiring U.S. Senator Barbara Boxer, also outlined her priorities on the committees to which she has been assigned.  Below is her statement:

I’m proud to have had a long career as a prosecutor protecting public safety and defending immigrants and refugees. On the Homeland Security and Governmental Affairs Committee, I will be on the frontline of immigration enforcement action in the Congress. Here in California, I fought to pass laws that protect immigrant victims of crime and illegal retaliation for undocumented immigrants who report crimes. And during our campaign, I was a leading voice for increasing -- not stopping -- the number of asylum seekers our country accepts from Syria and other war-torn countries.

On the Select Committee On Intelligence, I will be able to put my experience as a prosecutor to work fighting for smarter approaches to intelligence and law enforcement strategies. Much of my work as Attorney General focused on fighting cybercrime, and in fact, my office created the largest e-crime unit in the nation, including a privacy enforcement and protection unit within the California Attorney General’s office.

Throughout my career, I’ve defended California's landmark climate change protections while prosecuting Big Oil companies and corporate polluters. On the Environment and Public Works Committee, I will be able to continue this work while fighting for $59 billion in unmet transportation needs we have in California, which will fuel long-term economic growth through infrastructure investments.

Fighting to protect programs such as Obamacare and Medicare will be one of my top priorities in the U.S. Senate, and as a member of the Committee On Budget, I will be fighting for the funding these programs require to operate. As Attorney General, I’ve defended the Affordable Care Act from legal challenges and expanded health care access for Californians. I will keep prioritizing access to comprehensive, affordable health care and lead the resistance against any short-sighted legislation intended to gut our social contract for future generations.