By Kelly Wiebolt
June 14, 2012 (San Diego’s East County)--Here are some wonderful place to share & explore with your children, grandchildren or your “inner child”. They will cherish the memories and they will get to know their parents, grandparents and culture better. Have a little fun...explore together! 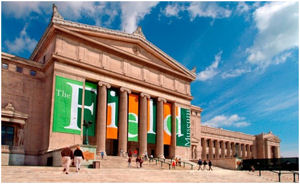 The Field Museum
Chicago, Illinois
Across its nine acres of floor space, the Field showcases giant robot wolf spiders, 23 Egyptian mummies, and the biggest Tyrannosaurus rex fossil ever dug up, in one of the broadest arrays of natural wonders under one roof. The collection of dioramas hold a dizzying array of species, from African lions and giraffes to Arctic penguins and polar bears, and it's a favorite childhood fantasy to slip inside one of the magical timeless worlds. Kids 12 and under can dress up like animals, dig up dinosaur bones, and explore a pueblo home at the Crown Family PlayLab. Friday nights from mid-January to mid-June, the museum hosts sleepovers, where children 6 to 12 and their parents can sleep right next to the dinosaurs (the 2012 nights are sold out, so book early for 2013). Talk about a dream vacation. 1400 S. Lake Shore Dr., 312/922-9410, fieldmuseum.org. Adults from $15; kids 3-11, from $10. 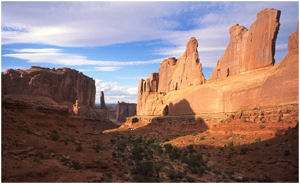 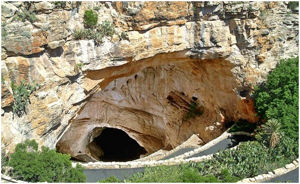 At sunset, spectators gather at an amphitheater in this national park in southeastern New Mexico to wait for bats to fly. Predictably, a swirling dark cloud of the flying mammals funnels out the cavern and swoops above, where it splinters apart into groups heading to the nearby Pecos and Black River valleys. This rare natural show makes Carlsbad Caverns stand out from other national parks, especially to impress kids. Cave expeditions are also a draw, with rangers leading tours lasting from between an hour and a half and five and half hours. Some of the caves are huge, such as the well-named Big Room, which could fit 6.3 football fields. Adventurous kids will enjoy crawling through passageways or making rope-assisted descents through curtains of stalagmites, mentally soaking up all the educational lessons about geology explained by the rangers along the way. 575/785-2232, nps.gov/cave. Book ahead for guided tours. Entry fee: Adults, $6; kids under 15, free. 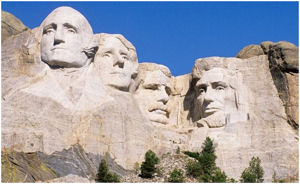 South Dakota
Even your teen will be wowed by the colossal busts of Washington, Jefferson, Roosevelt, and Lincoln at this national park in the Black Hills of Keystone. The visitors' center has exhibits on the 14-year journey to complete the monument, which was finished in 1941 after 400 workers dynamite-blasted the granite peaks to carve the faces. There is also info on how the four great leaders depicted guided our nation through tricky times. Stay for sunset to sing the National Anthem at the lighting ceremony, and challenge your kids to count the number of different state license plates in the parking lot. While you are in the area, make time to see the Crazy Horse Memorial, another enormous cliff carving in the making about a half an hour southwest of Mount Rushmore. 13000 Highway 244, 605/574-2523, nps.gov/moru. Free; parking permit, $11. 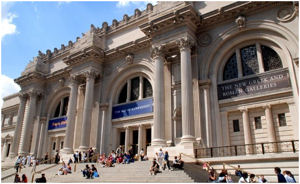 Metropolitan Museum of Art
New York, New York
Where else in the U.S. can you see an ancient Egyptian temple, a Ming Dynasty garden, and one of the world's largest collections of Vermeers all under one roof? The Met covers a 14-acre space in Central Park, yet this cavernous space is only large enough to show a sliver of its full collection of art and artifacts. The museum itself is constantly evolving, and the third and final phase of a decade-long refurbishment of the American Wing re-opened in January 2012. Children can easily learn about our nation's history from early colonial times through the Civil War and into the modern era via iconic paintings, including Emanuel Leutze's famed depiction of General George Washington crossing a near-frozen Delaware River during the Revolutionary War. 1000 Fifth Ave., 212/535-7710, metmuseum.org. Adults, suggested donation of $25.
Niagara Falls 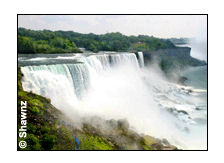 Niagara's twin cities are located on either side of the river, linked by the Rainbow Bridge. Although they are nominally different (and in different countries), practically they function as one city, divided by a socking great waterfall in the middle.
In Canada, the Horseshoe Falls drop 170 feet (52 metres) from a brink measuring a whopping 2,500 feet (750 metres). The drop of the American falls is 10 feet higher, but with a brink of less than half the size, the scene isn't nearly as dramatic. And it's a difference that sets the tone of what you'll find to see and do in the Niagara region.
On the Canadian side, Niagara Parks Commission does a superb job in maintaining the appeal of the area, incorporating many quality attractions along its 35-mile scenic parkway. It is also responsible for the falls' night illumination as well as the spectacular fireworks displays held every Friday and Saturday through the summer.
Today, the region has embraced that history and evolved its tourism services to attract more than 19 million visitors a year. Consequently, if you go to Niagara just to see the falls, you're going to miss out on an impressive array of activities.
If timing is tight, visitors to Niagara are probably not going to get beyond exploring the Las Vegas style strip of attractions and activities that are clustered on the Canadian side of the falls. Its epicentre is Clifton Hill, a collection of fast food outlets, souvenir stalls and amusements.
But it is worth remembering that on both sides of the river, within a few miles of here, there are historical forts, scenic trails and museums as well as theme parks and family attractions. Consider driving the Great Niagara Circle Route that integrates four signed scenic tours: The Welland Canals Parkway, the Niagara River Parkway, Lake Erie North Shore Circle Route and the Waterfront Trust Trail.
Many attractions on the Canadian side can be seen on a one-day Adventure Pass. These cost-efficient passes (CAD37.95, adults; CAD23.95, children) include admission to Maid of the Mist, Journey Behind the Falls, and the Butterfly Garden as well as discounts to other attractions and historic sites, and transportation between attractions.
The American version is the Passport to the Falls (USD30, adults; USD23, children) which offers discounts on Maid of the Mist and attractions such as the Niagara Aquarium, the Cave of the Winds and the Observation Tower.
Our agency wants you to have the best experiences possible, wherever you travel. Whether it is near or far, simple or complex, contact us for your future travel plans.
Kelly