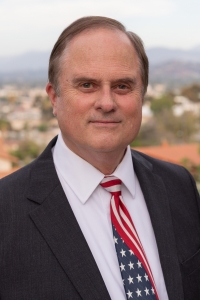 October 30, 2018 (El Cajon) – Council Ben Kalasho has raised $10,259.77 for the reporting period ending October 20th, and 100% of that was donated by  Kalasho, who lists no other donors to his campaign. By contrast, his opponent, Councilman Gary Kendrick, has raised $23,170 this reporting period.  For the campaign to date, Kendrick has raised over $46,000 while Kalasho has received $22,200 total, according to reports filed with the city of El C 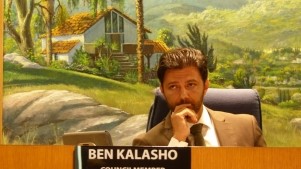 In the most recent reporting period, Kendrick reports donations from 22 different donors.  Most striking is a $10,000 donation from Waste Management, which withdrew its financial support of Kalasho’s chamber of commerce after Kalasho failed to recuse himself on a vote on city trash liens in which he had a conflict of interest since Waste Management is the city’s trash hauling service.

Other large donations to Kendrick include hefty funds from developer and real estate interests:  $6,000 from San Diego Realty Group Inc.,  $1,250 from two members of the Dentt family employed by Dentt Properties, a developer, $1,000 from real estate firm Hanken Cono Assad & Co. and $1,000 from San Diego Realty Group.  He also received $2,140 from Gregg Hamann, investor, and $1,420 from the J.C.

Contributions from $500 to $750 were made by La Mesa Councilwoman Kristine Alessio and County Assessor/Recorder/Clerk Ernest Dronenberg. There were also several smaller donations of $150 or less  from individuals in occupatons ranging from recycler to taxpayers’ rights advocate to the pastor of Foothills Church.

https://i.imgur.com/jhmI9he.jpg
How can a man who claims to be indigent so taxpayers can fund his lawlessness afford to spend over $10,000 on a pipedream of a campaign? Is there nothing this creep won't lie about?

Yes, the Kalashos claimed they are indigent to the court. I trust the attorneys suing him will be sure the judge sees those campaign filings.

Another investigation in the making. More jail time awaits. I believe Kalasho is backed by the marijuana coalition.