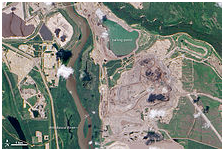 November 18, 2014 (Washington D.C.) – By a single vote, the Senate blocked passage of a measure to authorize building the controversial Keystone XL pipeline.  The measure previously passed the House of Representatives 252-161.

But with Republicans taking control of the Senate in January, Senate Majority Leader-elect Mitch McConnell vowed to bring the matter up again soon after the new Congress convenes. Even if passed, however, the measure could face a veto by President Barack Obama.

California Democratic Senator Barbara Boxer opposed the XL Pipeline, calling it the “Extra Lethal Pipeline.” She cited health risks from chemicals that can cause lung damage as well as serious environmental concerns.  "The facts are the facts are the facts," she said. "If you're not a scientist then be humble and listen to the peer-reviewed scientists.”

Transcanada’s XL pipeline would transport tar sands oil extracted from Canada to the Gulf Coast for shipping. The process of extracting tar sands pumps greenhouse gases in to the environment, a move scientists have warned could be catastrophic for climate change.  There are also risks of pipeline leaks or spills through America’s heartland.

According to the New York Times, there are two ways producers get the thick tar-like oil sands out of the ground, both damaging to the immediate environment. In one method, large amounts of water and natural gas are used to pump steam into the sands to extract the oil, which creates toxic environmental runoff.  Alternatively, energy companies strip-mine the sands and then heat them to release the oil, which has already destroyed vast tracts of Canadian forests.

The pipeline has drawn strong opposition from First Nations indigenous tribes in Canada, who have denounced the despoiling of their lands and waterways from the tar sands mining.

The State Department in the U.S. conducted an environmental review which found that oil-sands petroleum production creates about 17 percent more carbon pollution than producing conventional oil.

Supporters in Congress have touted the measure as a major job creator that would boost the U.S. economy.  But a fact-check by CNN found that the project would create only 35 permanent jobs and about 3,900 temporary construction jobs. READ: Fact-checking Keystone jobs claims. Supporters also point out that approval would strengthen relations with Canada and that if not approved, the tar sands could be shipped by rail, which would pose its own set of risks such as explosions.

Republicans overwhelmingly supported the project in both houses of Congress.

The fight in the Senate split Democrats, with most voting to oppose the project on environmental and health grounds, though a handful opted to support it largely to bolster hopes of Lousiana Democrat Mary Landrieu winning her December 6th run-off election, since jobs would flow primarily to her district.

Too bad. The oil will be developed and exported in any case. Now it will have to be transported via truck or rail--both of which are far less efficient and "green." How ironic that the politicians who've bleated the most about the so-called evils of the pipeline, are the the same people who've never ceased to wave their pom-poms for wind and solar farms, both far, far more environmentally destructive and less economical sources of power.
there are already many pipelines bringing Canada oil into the US as shown here.
carrying tar sand oil, though, or standard oil?