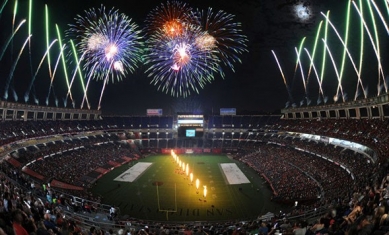 The Aztecs are among just seven teams to win at least 10 games in each of their last three years.

The sky show features fireworks, music and video. Originally held after Padres games before the Padres moved to Petco Park downtown, the show now continues in the same Mission Valley stadium that’s gone through multiple names through the years.

Season tickets are available at https://oss.ticketmaster.com/aps/sdsu/EN/buy/browse.