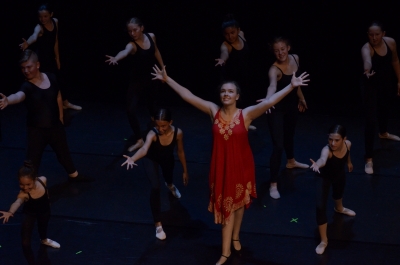 July 6, 2019 (San Diego) - This was my third time seeing Kidz Danz Kompany live in performance, so I was delighted to bring a few friends to “Visions of Broadway” at the Horton Grand Theatre on June 1st. The show opened with a fast-paced, crowd-pleasing group number from “Annie Get Your Gun” but later showcased soloists and small groups of dancers, including some adagio numbers and lesser-known Broadway pieces that packed powerful themes. 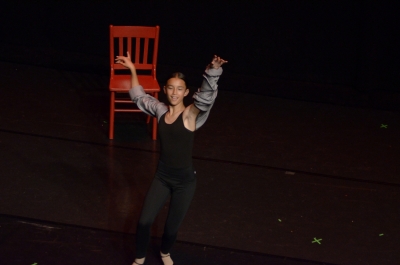 I thought it was good to have both the fast and the slow numbers, because a lot of these students may do this professionally, and need the slow songs in order to master grace and make it look easy.

A standout was Gianna May in “Steam Heat” from the musical Fosse.  I thought she looked like royalty, with the perfect combination of the strength and vitality that Kidz Danz Kompany and Visionary Dance Theatre are so well known for, but also the graceful elegance and seamless movements which take practicing and performing those slow songs to develop. If Megan Markle danced I imagine it would be in the same regal style as this dancer. 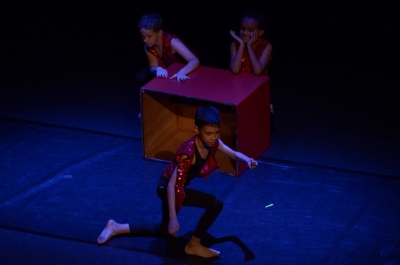 Some numbers invited interpretations.  "Graves" was set to a Bach instrumental. When the solo dancer shook arms with a back-up dancer, and then another, and then a fourth, it reminded me of how one might be greeted in an eternal river of life.

In one section of Graves, three dancers looked like a lake and the solo dancer was skating on that lake, and could perhaps be interpreted as being in this world while still inspired by the same land as your ancestors  Then was a dancer in between four who formed a box which reminded me of a coffin, or worst, perhaps, being boxed in. After that a show of strength with muscles then graceful dancing, then a line like a river. 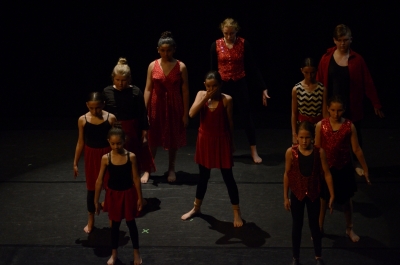 Other dancers who notably mastered grace in addition to strength and made it look easy, include Zane Roth and three other dancers at the beginning of “Light at the End of the Tunnel.”

“Weary Blues,” choreographed by Eva Anderson to music by Madeleine Peyroux, emanated strong and sultry style, the best of what we love about KDK and VDT.

“I Wanna Be a Dancin' Man” from The Belle of New York, also choreographed by Anderson, began with a number that reminded me of show choir in my high school days. I noticed more unison dancing and more all-boy or all-girl numbers; I enjoyed the differences between different productions with the same group. 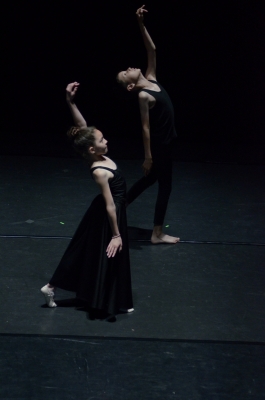 This year's Rookie of the Year is the young child, Harper Damore, 5, who looks just like Annie. She had a guide at all times and all were all terrific.

A trio of dancers in fringed jeans were the most believable modern pop-star back-ups Gianna May, Alaska Stevens, and Aubrey Wheatbread in “Now or Never” choreographed by Jamie Preuss to music by Kendrick Lamar featuring Mary J. Blige.

One of the most surprising numbers was “Guv'ment” from Big River, choreographed by Lendia Wylie. It really looked like those dancers, authentically and genuinely agreed with what they were dancing about, and I really felt like they did it justice. Don't worry; it was followed by “Land of the Free”, where it looked as if statues were coming to life "incarcerations become big business... rebarb... It's harvest time on the street."

The soloist in Choo Choo, Zyanya Alarcon-Khorram, had a dazzling smile; I don't think it was possible to not smile right back while s/he was dancing. 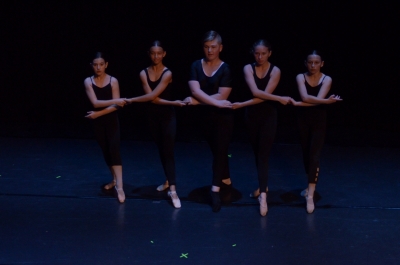 James LaRose, the dancer in “Son of Cain,” was strong, poised and quite brave: I could imagine him succeeding in dance, acting, modeling or other professions in life.

Other impressive performances included Gianna May dancing in a black and white plaid outfit to “Footloose” and the human triangle choreographed by Powell in Iko Iko to music by Cowboy Mouth.

I liked that there were more all male or all female dance numbers, which seems at times counter-intuitive but then again interestingly more orthodox. The group is strong, diverse, and fun to follow.

Best costumes turned up in “Bui Doi” from Miss Saigon, a poignant theme about mixed-race offspring of American soldiers during the Vietnam War. 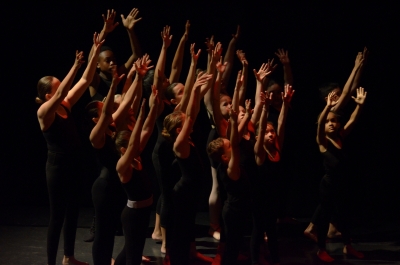 Micah Anderson showed his athleticism by punctuating “Brand New Day” with cartwheels across the stage.

The show overall was authentic and genuine. There was even a song for Jesus, “Pie Jesu’ from Requiem music by Andrew Lloyd Webber, choreographed by Spencer Powell.

La Mesa Mayor Mark Arapostathis, a children’s theatre director himself, was in the audience to appreciate this troupe of young performers.

There are about half a dozen scholarship students among this talented cast—and their fund needs some replenishment. Please consider donating to Visionary Dance Theatre in La Mesa, to support the group's mission. 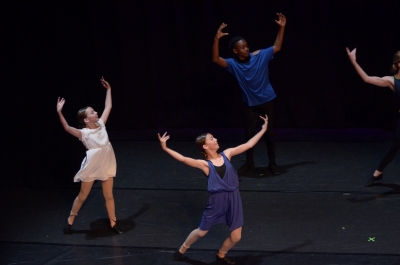 You can learn more at http://visionarydancetheatre.org/Visionary/. 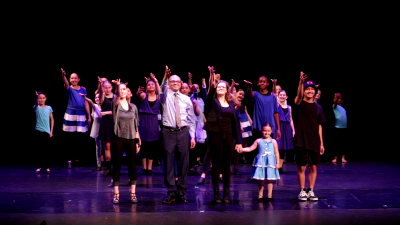