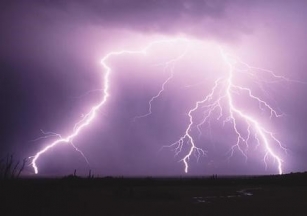 August 6, 2017 (San Diego’s East County) – KNSJ Radio, 89.1 FM Descanso, has been knocked off the air by lightning hitting the transmitter during last week’s monsoonal storm. Funds are needed to help the station get back on the air.

The station’s engineer believes the problem is a “worst case scenario” of sound boards to the transmitter, EAS, router and tower computer all destroyed.  Repairs are likely to run $2,100 or more for the parts alone.  You can help get KNSJ back on the air by donating at www.KNSJ.org.

The East County Magazine Radio Show airs on KNSJ.  Although you can’t hear it on your radio dial for now, you CAN still listen through the station’s streaming internet by downloading the Tune-In app for your cell phone, or listen on your computer at www.KNSJ.org and click “listen now.”

The transmitter atop Monument Peak in the Laguna Mountains is at one of the highest elevations in the county, which means the signal can be heard as far away as El Centro in the East and the beach areas to the west.  But the high elevation also leaves the transmitter vulnerable to extreme weather and other disasters.

On its launch date in July 2013, the station was knocked off air during the Chariot Fire, when a firefighting plane drenched the tower in fire retardant foam.  A couple of years later, a winter storm caused so much ice to form that it broke off part of the transmitter, again knocking the station off the air.

Despite grounding that protected some equipment at the site, the circuit boards sustained damaged. KNSJ’s station manager said the transmitter company informed them that they are aware of more than 80 similar situations of transmitters damaged by lightning strikes across the U.S.

KNSJ is a nonprofit public radio station offering news in the public interest with local hosts and national syndicated shows such as Democracy Now! as well as local music, environmental and Native American programming, a new show on women’s issues, and more.