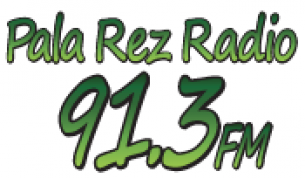 March 29, 2018 (Pala) -- Effective March 23, 2018, the North County FM station at 91.3 owned and operated by the Pala Band of Mission Indians has adopted the new FCC-authorized call sign “KPRI,” with the initials standing for Kupa Pala Rez Indians.  The station will continue to be known as Rez Radio 91.3.  We maintain our commitment to local programming including a wide variety of rock, reggae, blues, country, native and other local music as well as maintaining North County’s only local broadcast news presence.  But now we have a legal ID that actually says what we stand for.

50 years ago, an FM radio station in San Diego with the call letters KPRI made the switch from anonymous “elevator” music to a very hip, aware and “turned on” newly evolving format that would come to be known as album oriented rock, but was then considered hippy or “underground” music.  They played rock music that while still blues-derived, generally had a message – sometimes political and didn’t need to be a chart success like those churned out at hit-factory record labels and getting played every 90 minutes on the Top 40 stations of the day.  Groups like Traffic, the Jimi Hendrix Experience, the Grateful Dead, Moby Grape, Big Brother and the Holding Company, and Jefferson Airplane gradually took over the frequency beginning with shows in the middle of the night.  By the middle of 1968, the undeniable appeal of this new wave of rock became what KPRI did 24 hours a day.  The station was involved with the vibrant 60s youth movement and by reflecting tastes and current culture of its listeners, represented and looked out for San Diego’s new generation.

Rez Radio seeks the same kind of integrity in our mission to super-serve the local San Luis Rey River valley community – especially Pala and the other local reservations – and in the process, honor the heritage of the call letters KPRI.  By coincidence, a large part of our music programming includes many of those same artists that made the original KPRI in San Diego a leader in its time.  We hope to honor that tradition just as the initials of our new call sign honors the purpose of our community radio station.  Chemesh Ataxem Kuupangax (We are the People from Kupa), Kupa Pala Rez Indians, K-P-R-I.  Rockin’ in Pala.

Rez Radio 91.3, KPRI streams live 24/7 on iHeartRadio and TuneIn and can be dialed up on any phone at 712 775 5748.  More information about Rez Radio 91.3 is available at www.palatribe.com/pala-radio with a new web site coming soon at www.RezRadio.FM.