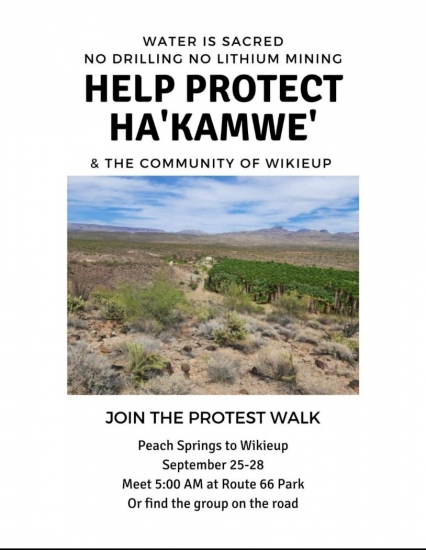 Wallace told ECM that he is “spearheading” the walk and protest against the lithium mining that could “destroy much water, habitats, sacred sites, and change the lives of everyone near to there.”  This includes an ancient hot springs that the Hualapai and other people have used “since the beginning,” according to Wallace.

The “Help Protect Ha’Kamwe and the community of Wikieup’” walk is slated to begin in Peach Springs, Arizona starting at 5 a.m. at the Route 66 Park and proceed to Wikieup.”

The local Kumeyaay activists have joined with coalition members from the Center for Interdisciplinary Envrionmental Justice and the Hualapai to protest against Hawkstone Mining’s Big Sandy Lithium Project. Activists say the company aims to sell lithium to Tsla for use at its Nevada automaking facility. Native American activists contend that America’s energy transition should not replicate the fossil fuel industry’s historic exploitation of Native American lands and people.

You can join the walk, donate, or learn more at https://www.protecthakamwe.org. 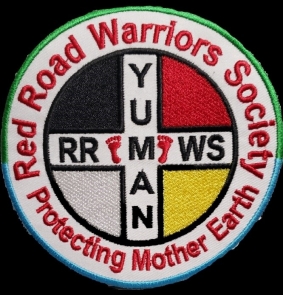 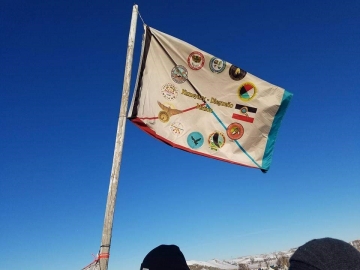 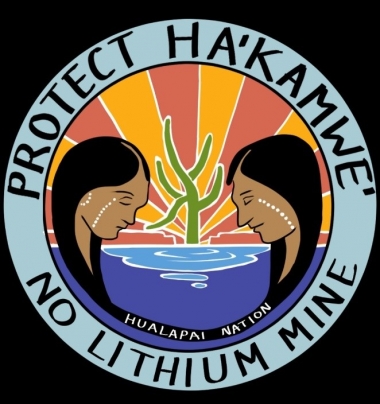 I have been following this closely. I am an engineer. The required water usage is overstated by a factor of roughly 4 by the protestors. This mine is not on the Hualapai reservation and environmental actions are being studiously planned to minimize any sight or sound to Copher Springs. Lithium is required for Biden clean energy. (Electric batteries/vehicles) Allowing China (no environmental protection to land/workers) to monopolize lithium would drive prices up and out of reach for most consumers. Lithium is a critical mineral per the Biden administration. I invite others who have interest to seek out all the available information before blocking this clean energy direction,