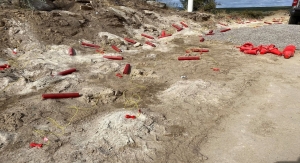 Photo, lefft: Dynamite charges set by the US Corps of Engineers 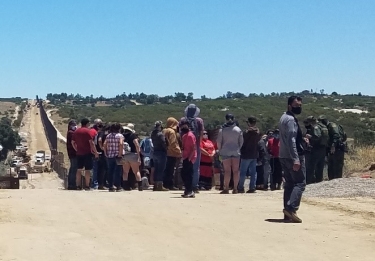 June 30, 2020 (Campo) – Yesterday, at the end of Tierra del Sol Road in the Campo area, a group of Kumeyaay-led people and supporters gathered early in the morning to protest the blasting of Kumeyaay cultural sites.

Many of these protesters, wearing masks due to COVID-19, were members of the Kumeyaay Original Peoples Alliance, American Indian Movement, and Warriors of Awareness. These groups  participated out of concern for the ancestral history and culture of the Kumeyaay tribes.  Black Lives Matter (BLM) and American Friends Service Committee also participated in the protest in a show of solidarity with local Native Americans. (Photo, right) 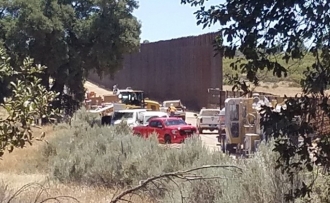 g to Supervisory Border Patrol Agent Jeff Stephenson, San Diego Sector, “The US Army Corps of Engineers (USACE) was scheduled to conduct blasting along the border as part of the ongoing wall construction…We are working with the construction contractor to reschedule,” he added. 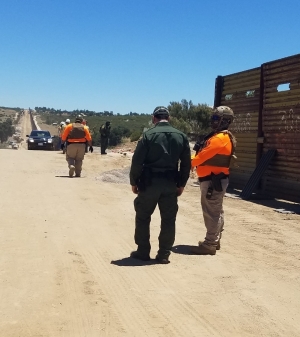 The protesters were able to access the border area through private property and the access road.  The blasting was stopped for the day due to the protests.  CBP removed the dynamite charges to ensure the safety of all present.  According to CBP, the protesters were moved to a safe distance from the blast zone and then permitted to reenter the area after the dynamite was removed.

At issue is the right of the Kumeyaay groups to have a monitor to oversee any excavation of human remains, fossils, and artifacts that are from the Kumeyaay nation.

According to the organizer, Cyn Parada, “Customs and Border Protection (CBP) has not worked with these groups in good faith to permit monitors.”  Parada stated that “many of the protest organizations are not directly sponsored tribal government groups.”

According to the Customs and Border Protection (CBP) agents onsite the federal government has agreements with some area landowners to provide access to the previously built border wall.  These walls were in the San Diego sector in 1990 and additional walls and barriers were built under the Secure Fence Act of 2006. Many of these properties used to be Kumeyaay tribal lands.

Parada, protest organizer, stated that a landowner believed that the protesters were on private property. (Protesters parked on an access road near the border wall). 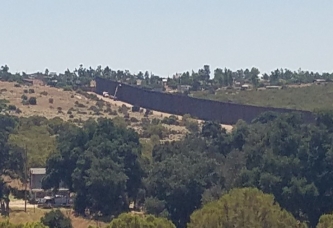 hand after the incident.”

The current border wall construction project, sometimes known as the Trump wall, is part of a planned 450 mile $18.4 billion dollar federal government construction project.  The current process of the contractors is to remove the old wall, dynamite the area where the replacement wall is supposed to be, and then install the new sections.  Prior to being made aware of the protesters, the CBP had planned to blast the area in order to continue construction of the upgraded wall. 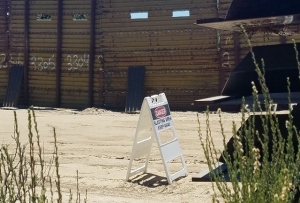 Why does this  matter to San Diego and the Kumeyaay Nation members protesting?

History.  It is not only tribal history; it is the history of the San Diego region in question. Think about this.  A person goes to visit their family’s plot at the cemetery.  Instead of finding the grave intact, it is discovered that someone has desecrated the remains of relatives. Or the person finds that ancestral lands had human remains or artifacts on the land. What would this person think or do?

In the blast zone, a Kumeyaay protester found chippings (artifacts) during the protest.  In cases where the artifacts or fossils are not recognized as historically important, history is lost.  By unwittingly removing artifacts from a blast site, a part of San Diego’s history is erased.  In the Kumeyaay tradition, artifacts and human bones belonging to ancestors are sacred and should be protected, remaining buried and undisturbed. The California Environmental Quality Act (CEQA) requires that Native American cultural resources be protected.

The attempts by protesters to bring attention to these issues is done to ensure that tribal heritage, ancestral fossils, and artifacts that could date back to 12,000 BC are preserved.  This has been an ongoing struggle as the Kumeyaay work to regain their history that was stripped in the 1800s and later when indigenous people were forced to assimilate and not permitted to practice their own culture and rituals.

Besides the Kumeyaay history, this issue is about the rule of laws in California.  In 1970, then Governor Ronald Reagan signed into law the California Environmental Quality Act (CEQA).  CEQA is a broad environmental law.  A segment of the law is designed to assist regions to permits the preservation of fossils and artifacts to preserve history.  The key demand has been to have a cultural monitor onsite that meets the requirements of CEQA. The protesters are also asking for soil testing to be done in the areas to ensure that no 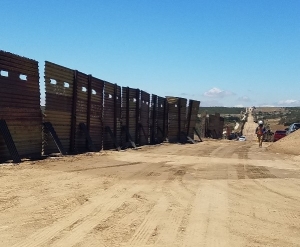 Kumeyaay human bones are in the construction zone area. 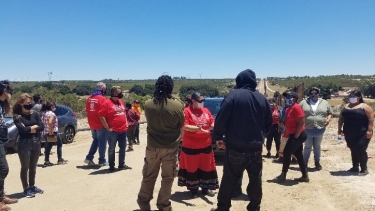 The official statement from the US Border Patrol states, “Based on prior environmental surveys and stakeholder coordination completed, no biological, cultural, or historical sites were identified within the blasting area located within the Roosevelt Reservation. In addition, CBP has and will continue to coordinate with federal land managers, state agencies, local governments, tribal governments, and other interested stakeholders.”

NOTE:  Roosevelt Reservation is a 60-foot-wide strip of land owned by the U.S. federal government on the U.S. side of the border, which is about 2,000 miles in length.  It is also part of the Kumeyaay’s ancestral travel path between tribes in Baja California in Mexico and the present-day California/United States.

The Supervisory Border Patrol Agent further stated, (the) “CBP has a cultural monitor present at the construction site to ensure that if any previously unidentified culturally sensitive artifacts are observed within the project area that construction is halted and the appropriate stakeholders are notified to include tribal nations. In addition, the environmental monitor is present to ensure construction best management practices are being implemented by the construction contractor.”

At the end of the protest, the CBP agents onsite agreed to continue discussions and meet on Wednesday, July 1, 2020 to further discuss remaining issues. Prior to leaving the site, the protest group  prayed and honored their ancestors near the demolition site.