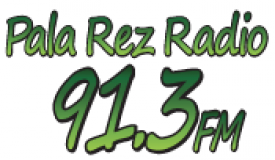 February 6, 2022 (Pala) -- Happy Anniversary to Rez Radio 91.3!  Eleven years ago we received our license from the FCC.  Since then, Rez Radio has never unintentionally gone off the air and has always stood ready to convey important official information in any emergency.  We developed news and other local programming that has earned more than 20 San Diego Press Club awards for Excellence in Journalism as well as recognition from the Southern California News Association for Best Small Station Newscast.  That includes stations in LA, San Diego, the Inland Empire, upper and lower deserts, and the Central Valley all the way to Fresno.   Rez Radio news is the ONLY locally-based broadcast news outlet anywhere between San Diego, LA and Riverside.

Two of our shows, “Back in the Day With Doots and Dar” and “FutureSound with Cuscino” have entered the world of syndication and are heard on other stations in multiple states.  “Pala Life Past and Present” with Eric Ortega preserves the legacy of the tribe and the reservation drawing from and creating new archived interviews with elders and those whose experiences involve Pala and Kupa. “Mark’s Groovy Trip” brings alive Top 40 hits of the 1970s.  San Diego rock radio legend Jim McInnes is now in his second year of hosting “Vinyl Resting Place”, celebrating the depth and breadth of the musical spectrum with deep tracks from his personal library.  Chris Carmichael and his dog, Jack host “Jack’s Tracks” specializing in local musicians.  Pala’s Elijah Duro hosts “Rez Dub Reggae” and locally-based professional folk musician Joel Rafael hosts “Rockin’ the Rez”..

For several years we’ve broadcast time checks in Pa’enexily to familiarize listeners with numbers in the native language from Kupa.

Begun as a community service during the lockdown portion of the pandemic, Rez Radio continues to broadcast mass live from Pala Mission Church every Sunday morning at 8a.

All of this happens courtesy of the Pala Band of Mission Indians and free of the constraints and demands of commercial radio’s need to cater to advertisers.  The full 60 minutes of every hour are devoted to informing and entertaining.  We don’t even browbeat listeners for donations for a solid week every three months like other non-commercial stations.  Thank your tribe for that.

Our call letters represent what Rez Radio is all about.  KPRI, standing for Kupa Pala Rez Indians.

Rez Radio is easy to hear outside Pala via our live stream.  It’s available at our website, www.RezRadio.FM, on the palatribe.com website, on iHeartRadio, TuneIn.com, Radio Garden and on our phone listen line at 712 775 5748.  Or tell your smart speaker to “play KPRI”