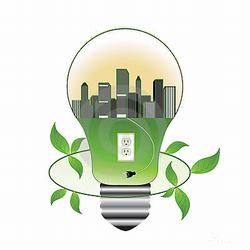 October 17, 2016 (La Mesa) — Recently, La Mesa’s Planning Commission and Environmental Sustainability Commission held a public meeting on the potential for La Mesa to form its own community choice aggregation (CCA) energy program. The plan would enable the city to purchase power from renewable energy sources and sell it directly to residents, offering an alternative to SDG&E, which would continue to maintain power lines.

But where do the three candidates running for La Mesa’s City Council stand?  ECM contacted each candidate; their replies are below.

Colin Parent is an attorney with Circulate San Diego and a strong advocate of addressing climate change; his father, Don Parent, is public affairs manager at SDG&E, which opposes CCAs.  But he says, “I strongly support La Mesa commissioning a feasibility study for community choice aggregation as a part of adopting a legally enforceable Climate Action Plan. Every city in the region that is considering community choice aggregation is performing a feasibility study before making any decision, and La Mesa should exercise the same due diligence. “

Councilwoman Kristine Alessio, also an attorney, states, ”I don’t know enough about how it would work in La Mesa to say `Yes, I will do this’ as we need feasibility studies to know if it’s even possible as we’re such a small city. But in theory I am 100% behind CCA for consumers.  I can’t see much of a downside really, unless of course rates were significantly higher for the consumers, which doesn’t appear to be the case based on looking at the information received to date.”

Councilwoman Ruth Sterling offers this assessment. ”It's so important to get it right. People want stability in their electricity transmission source, they also want it to be cost-effective. I'm looking forward to our consultants’ analysis, the pros and cons and many facets that will be presented. Then I think we can make an intelligent choice. Nobody wants to opt in, opt out and go on that merry go round, so I'll take my time with this and wait for the professionals.” She adds, “Common sense may dictate that we've got the best deal with SDG&E, so we have to consider all of these variables.”