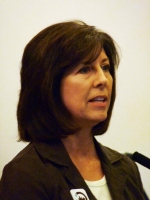 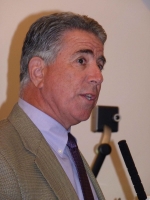 October 12, 2011 (La Mesa) –“We’re astounded,” Nancy Ryan, a La Mesa resident who asked the Council to adopt a resolution that would have declared the community a free-trade city, upon hearing that Council voted down the resolution 3-2 last night.

Passage of a resolution was one of five steps needed for La Mesa to join a growing list of fair trade cities nationwide. The resolution required no spending by the city and merely asked council members to support the concept of informing consumers where free trade products are sold. 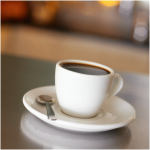 “It’s not really a good deal if we purchase something at the lowest price if workers were enslaved or children forced to work,” said Janet Castanos, club director at La Mesa Sunrise Rotary Club. Her organization recently became a “fair trade club”, serving fair trade coffee at its meetings. 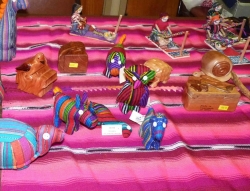 “There are no political or religious implications,” Ryan said, adding that the free trade movement is worldwide and now includes cities such as Milwaukee, Boston and Chicago as well as California communities such as San Francisco, Chico, Berkeley and fair trade campuses including the University of California, San Diego.

David Smith with Fair Trade San Diego told of traveling to third world countries and seeing children born with deformities caused by pesticides, workers intimidated by “thugs and goons,” and other horrors. He also spoke of lives changed for the better due to fair trade programs which enabled people to reinvest in their own communities, also allowing workers to stay at their homes in Mexico and Central America instead of migrating north in search of work. Fair trade has also helped clean up polluted air and water in some communities, another Fair Trade speaker said.

“I’ve been looking or fair trade products for a long time,” said La Mesa resident Patrick Dean, a chef. “I’m bringing my family up to live an ethical life.”

But others spoke against having the city provide information for consumers on fair trade products or ideals.

“It’s not your responsibility to tell us where to shop or what to buy,” said Russell Buckley. “That decision should be left to each individual instead of Big Brother.”

The city’s website, however, already steers consumers toward some merchants and products over others, promoting for instance a Sustain La Mesa Festival favoring green products and various festivals in the downtown village including Oktoberfest, which benefits the La Mesa Chamber of Commerce and downtown merchants. La Mesa Chamber did not voice an opinion on the measure.

Scott Alevy, chairman of the San Diego East County Chamber of Commerce, however, spoke against the resolution. He indicated his group includes many members with businesses or interests in La Mesa, although his Chamber also includes a majority of business owners outside La Mesa. Alevy conceded that he had not polled his full membership but did consult a committee. “We believe the government should not be telling businesses what to sell, how to sell or what to charge,” he said.

Mayor Madrid later said the implication that the city would be telling people where to shop or what to buy was “asinine.”

Councilman Allan agreed. “I have not heard anything that will preclude anyone from buying anything.”

Alevy pointed out that many of his member businesses have gone out of business in the recession, to which the Mayor fired back, “Do you know if they went out of business because someone was selling a fair trade banana or cup of coffee?” Alevy said he did not.

Kristin Kjaero, a member of La Mesa’s sustainability commission, said she does read labels when she shops, but tries to buy American-made goods.

Councilman Ewin asked questions about details involved in certification and how livable wage levels were determined. Councilwoman Sterling and Councilman Arapostathis indicated they felt the free market should determine what products people buy.

After the meeting, fair trade supporters expressed shock and disappointment at the vote. Several felt that council members had misunderstood the resolution’s impact—as well as the strength of the fair trade movement.

“The free trade market is one of the fastest growing niche markets in the U.S. right now,” Smith observed.

Supporters vowed to reach out and seek support directly from La Mesa residents, perhaps with a petition drive. In addition to providing consumers with information and choices, supporters say becoming a fair trade town would give La Mesa national publicity and could bring tourism and sales tax dollars to the community.

“This is not going to go away,” Smith vowed, adding, “We will be back.”