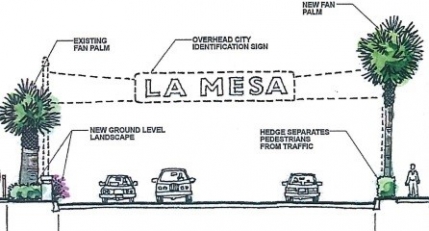 Councilman Bill Baber asked why Oktoberfest is being held so early this year and joked about changing the name to Septemberfest. Oktoberfest is typically the first weekend in October, which is interpreted this year as being September 28-October 1.

This year’s event is expanded to include the east side of 4th Street in order to accommodate a Ferris wheel and a second kids fun zone, provided an additional sponsor is located.

The City’s expense is expected to be $79,751, half of which will be reimbursed by the LMVA and backed up by a letter of credit from a bank prior to the event.

Baber states that over La Mesa’s history, the City Council meeting time has traditionally been changed about once a decade and that the proposed change is to accommodate younger families moving to La Mesa, who more often have 9-5 jobs outside of La Mesa. Parent says his experience knocking on doors tells him that most residents would support this move.

At last week’s 6 p.m. meeting, no member of the public gave public comment on the matter and only one person e-mailed the Council asking to keep the meetings at 4 p.m. and 6 p.m., so Mayor Mark Arapostathis continued the item to a future meeting to receive more input from those who attend Council meetings. You can email your opinion to the Council here.

Councilwoman Kristine Alessio said that she opposes the change and would in fact prefer the meetings earlier, even suggesting 9 a.m.

Council also reviewed the neighborhood traffic management program and its traffic calming program in areas where residents have petitioned to have traffic slowed on their streets.

Dorcas Hermsmeir shared that she suffers from chronic pain and that continued use of speed bumps is “making my world smaller.” Rebecca Hermsmeir testified that speed bumps slow emergency response times. They suggested raising the threshold of petitions needed for traffic calming from 40% to a higher threshold in line with other cities in the County, to which Council seemed receptive. 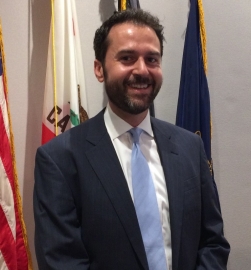 Parent suggested use of low-cost temporary measures such as painted bulb-outs and planters, or sticks to slow down traffic instead of solely relying on speed humps. “The whole point of this is to try some things out and maybe they’re not going to work and that’s ok, that’s why we’re doing them in a temporary fashion and so we can give a shot and then maybe we don’t have to do the type of projects that people are objecting to.” 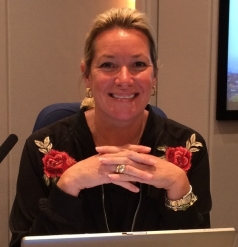 iced support to test out low-cost temporary fixes, saying “I agree with the idea of the temporary (solutions and for) the visual barriers, maybe the cut-out of a small child.” She also suggested that the department receive more funding to help slow down traffic, which Council ultimately approved.

The Mayor replied, “Anything is worth trying; maybe spike strips,” which was greeted by raucous laughter. He then more seriously suggested solar signs that show a driver’s speed.

Ultimately, the City Council voted 5-0 to approve the traffic management plan, increase the budget of the traffic calming program from $25,000 to $35,000 to speed the process and directed staff to try other ways of slowing traffic before using speed humps.

The Council also voted unanimously to move forward on a gateway sign, which would likely be placed next to the trolley on Spring Street, similar to neighborhood signs in San Diego and the downtown sign in El Cajon. La Mesa resident Bob Duggan offered to lead the fundraising efforts for the new sign, which is what prompted the Council action.

Council asked staff to investigate options for the gateway signage, determine the optimal location, secure a design and engineer’s estimate, and to seek private funding, which the Mayor initially estimates may need to total $250,000-$500,000 for the new sign.

Thank you for reading! Keep our spotlight on local government in your community by making a tax-deductible donation.

For those who asked,  yes, the city is looking at humps, not bumps, to slow traffic.

There actually is a difference!  See photos here:  https://www.trafficsafetystore.com/resources/choosing-speed-bumps-humps

Speed humps are wider and more gradual, easier on the neck/back than the older and steeper speed bumps.

We learn new things every day in this job!