February 29, 2012 (La Mesa) – Emotions ran high at last night’s La Mesa City Council hearing.  Supporters seeking to form a Planned Business Improvement District (PBID) must gather signatures from owners  with assessments totaling over $189,050.  Thus far, owners of properties assessed at about $90,000 have signed a petition in support, but many other property owners turned out to voice strong opposition to the plan.

The City of La Mesa owns properties totaling $60,000 in assessments—two-thirds of the remaining sum needed--and could play a pivotal role in determining whether or not the PBID will move forward.

Last night was the first time council members discussed  the merits and concerns regarding the proposal.  After hearing arguments for and against, council members asked many questions and seemed far from convinced by evening’s end. 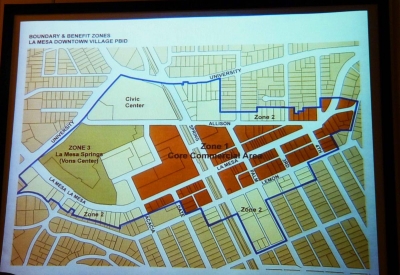 “You really have to wear two hats,” consultant Ed Henning told Council members, noting that the City has roles both as a stakeholder and a legislative body.

Chris Gonzales presented a staff report indicating the PBID would have a $378,000 operating budget for its first year, with 15% flexibility to shift costs among arious categories. In addition, the assessments could be raised up to 5% a year as needed to cover expenses.  The PBID includes a core commercial zone and two additional zones, encompassing the Civic Center, La Mesa Springs (Vons) Shopping Center, school and church properties and even some residential properties.

Vickie Fortie, a business owner speaking in favor of the PBID, said the goal is to “make sure our downtown village thrives” and to “focus on the overall good of the community.” 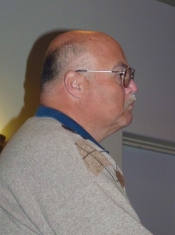 Jim Wieboldt, a candidate for Council, said the City was asked by the La Mesa Village Merchants Association to participate in the PBID eight years ago.  “The PBID is not dead. Nothing can be farther from the truth,” he said, revealing that about half of the valuation of signatures needed have been gathered to date.

Kelly Wieboldt, who also supports the PBID, called it a “small investment for potentially large return.” 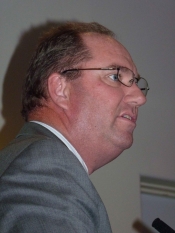 Opponents include Brian Marshall, Superintendent of the La Mesa Spring Valley School District, which owns property that would be assessed.

“I have many concerns…especially the cost of improvements versus benefits received,” he said.  “I do not believe the costs and the minimal benefits received are appropriate for taxpayers.”  He insisted that the district was only notified December 7, though the city maintains all property owners were mailed notifications much earlier.

Mayor Art Madrid noted that revitalizing downtown could lead to more people moving into the area with their children, boosting average daily attendance and benefitting school.  But Marshall was unconvinced and said he  has “a problem with tax dollars meant for the education of children” being used to pay an assessment. 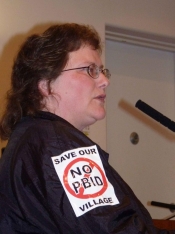 Deena While,  owner of a children’s bookstore, said some small businesses would be assessed thousands of dollars a year.  “This PBID is too costly,” she said. “With the economy the way it is, we just can’t afford that.” She proposed adopting a maintenance district instead at “one-sixth what we are asked to pay now.”

Maria McLaughlin, owner of La Mesa Antique Mall, said her property has no trees that need trimming and felt benefits offered, such as power washing sidewalks annually, are not adequate for the amount she would be assessed. “I don’t mind paying my fair share, but $4,000 is not fair,” she said.

Greg Houska, who owns a commercial property, said he would have to pass along the assessment cost to tenants. “The services you mention in the PBID—I expect that from my city. I don’t want to pay extra,” he observed. “What’s going to help our city is when the economy comes back.”

Lois Knowlton, who is a member of the La Mesa Methodist Church,  said the century-old ministry helps care for the homeless and voiced concern over the lack of social services.  “People giving think they are giving for our core mission,” she said. If the church is forced to pay a hefty  PBID assessment, she said, salaries or positions could be cut, such as the youth minister.

Another speaker voiced concern that church members’ money should not be used for a PBID assessment that includes providing  private security to benefit bars.

Wieboldt countered that  “two of four churches support this and signed it” of those within the PBID area.  “Churches don’t pay property taxes,” he noted, suggesting it’s fair to assess religious property owners for emergency services. “My church had paramedics out six times in the past year—someone just had a heart attack in our foyer.”

Patrick Dean, who has previously run for a council seat, said Council should vote no on the current version of the PBID.  “I’m for a PBID, but I’m not for this version,” he said. “It’s too large in size and scope.”  Dean objected to inclusion of churches and school districts, noting that schools are strapped for cash and already asking parents to “bring in papers and pens.”  He added, “I don’t see support among the community. I  think we can provide services through the city and not privatize services.” 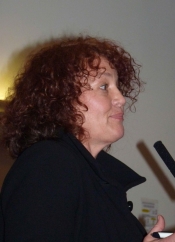 Scott McMillan, an attorney representing Nebo Management Company, said his clients oppose “giving welfare to merchants who are struggling” and particularly objected to a $100,000 marketing budget.

Laura Lothian, a former mayoral candidate and member of the city’s parking commission, offered a constructive suggestion.  “When times are tight, it’s time to get creative,” she said, then recommended that the city use a portion of $864,000 in its parking fund from meter revenues for streetstcape improvements or power-washing streets.  Councilman Ewin called her request “in line” and suggested it be added to a future agenda.

Council members peppered supporters, staff and a consultant with questions.

“It got pretty big and pretty expensive,” Councilwoman Ruth Sterling observed.  “As a property owner, what am I going to get beyond what the City already provides?”

An audience member retorted, “higher property taxes!” drawing admonishment from the Mayor who asked respect for all speakers.

Henning, the consultant, insisted that services “above and beyond what’s being done today” would be provided, or that services “will be done to a higher level.”

Councilman Ernest Ewin asked, “How are we going to pay for this?”   The City Manager replied that members should assume the general fund would be used to pay for the $60,000 a year assessment.  Ewin also wanted assurances that if the city invests in streetscape improvements, those could be maintained.  “If we know the amount it takes to maintain, why don’t we just go do it?” he asked.

Councilman David Allan said he’d like to see a deadline for signatures to be gathered.  Told that the process could take up to 18 months, Allan (who has announced plans to step down after his term) quipped, “Good, by then I’ll be out of office.”

Councilman Mark Arapostathis, also a teacher, voiced concern that “advertising makes perfect sense for merchants, but how does that make sense for residents?”  He added, “A school district is not a business that needs promotion.”

At times, tempers flared.  One speaker complained that the Mayor's comments implied support for the proposal. Some opponents have said the process was not adequately transparent, despite 14 meetings.  Several councilmembers emphasized that they are following the Brown Act and conducting discussions in public.  Henning, the consultant, observed that a PBID is "the epitome of a public process."

The council discussion was slated as informational only.  Mayor Madrid thanked all who spoke, and asked that further discussion or action be delayed until a yet-to-be-determined date in April to avoid vacation schedules and assure that all Council members can be present.

City Manager David Witt concluded that the city and other stakeholders should “look at it as an investment we make in downtown.” He concluded, “It’s up to each entity to decide if that investment is a good business decision.”