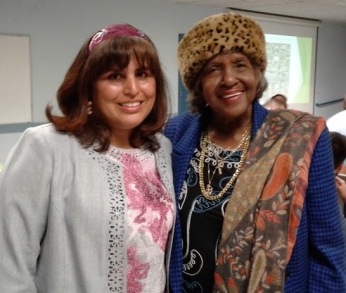 April 4, 2018 (San Diego’s East County) -- La Mesa will have its first legal medical marijuana dispensary, after a unanimous vote of approval by the City Council on March 27. An appeal challenging the approval was rejected.

By contrast, the Lemon Grove City Council voted to deny an application for a dispensary due to proximity to a daycare center.  No dispensaries have yet opened in Lemon Grove though at least two have met zoning requirements and are now advancing through the conditional use permit process.

Both Councils took the actions recommended by staff in implementing laws established by voter-approved initiatives. At issue in each is the date of completion.

In La Mesa, one applicant submitted theirs on October 18 with an addition on October 26 while the other submitted a completed application on October 25. Dispensaries raced to see which can get approved first, due to a requirement that they be at least 1,000 feet apart.

What a difference a day makes!

San Diegrown LLC's application from October 25 was selected and will be the first medical marijuana dispensary to be sanctioned by the La Mesa City Council (5-0). Another, so far approved, is to be considered under the same appeals process next month. 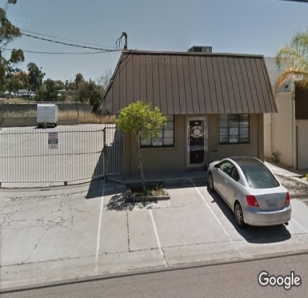 Photo: San Diegrown LLC is expected to begin operating a licensed medical marijuana dispensary after a remodel of 8155 Center Street in La Mesa 91942

In Lemon Grove, which has distance limits for dispensaries near daycares, a daycare center had lapsed in its paperwork with California. A dispensary application was marked compliant with Lemon Grove Measure V sensitive site municipal code during this time. Subsequently, when the daycare operator's paperwork was renewed, that approval was revoked.

Angeles Nelson, Community Advocate and Project Assistant for the Lemon Grove HEAL Zone, and a Lemon Grove City Commissioner, spoke against the new dispensary.  The applicant was Joe Yousif and KIM Investments for the dispensary proposed at 3515 Harris Street.

“We are relying on the City Council to protect our kids,” said Nelson. “We understand that the process is complicated and cumbersome, but the bottom line is that there is a childcare facility with kids and the regulation was made specifically to protect them. The dispensary has not completed the application and California state has approved the application for a daycare center. It seems logical for us to uphold the law and protect the children from the dangers of being close to a marijuana dispensary.”

Kathleen Harmon, who has a street named after her in San Diego, spoke on behalf of the dispensary, saying, “I am really disturbed about what has happened. I worked with this applicant. I've been there and he applied way before the center was recognized so therefore lots of money has been put into this and the City allowed him to go and do this, and I think on behalf of the businesses and the growth of Lemon Grove, I'd hate to see us come out with something like this.”

A letter from Austin Legal Group sent to the City on behalf of the dispensary applicants prior to the vote argues that if the city were to deny the application it would violate the law capriciously and throw the zoning process into uncertainties, opening the door for repeated requests for reconsideration of decisions previously made. It is unclear whether the applicant may seek to challenge the Council’s action in court.

A motion to reject the appeal, but also allow this applicant to immediately reapply, carried 4-1, with Councilman David Arambula voting against denying the dispensary application.

The application appeal Lemon Grove's city council heard on April 3 was not the "first" dispensary as reported and not the first appeal.

So far two applicants have met the distance requirement without an appeal and one other was given the green light on an appeal accepted by the City Council.

The process needs to be looked at and refined and Council has directed staff to calendar that discussion sooner than later. The applicant in this case asked for some sort of place holder once a site has a zoning clearance so that a newly licensed daycare would not disrupt the application process.

Personally I'd be willing to entertain that suggestion if the application were deemed complete and such a policy by Council were not in violation of the law as spelled out in Measure V.

If Council were to adopt such a policy, what ever the final version would look like, that policy would have to be applied universally to all Medical Marijuana Dispensary applications.

There is much discussion to be had on this before any policy is adopted.

Thanks. I believe Jonathan meant that no dispensary has actually opened yet in Lemon Grove, but I've clarified the language.

My understanding, and the process is complex, is that a couple of them have passed the zoning clearance and are now going through the conditional use permit process but haven't actually been approved for opening.  Is that accurrate?

Also a favor, the orange highlighting on your post is distracting -- I couldn't figure out how to remove it.  Can you please fix so we have a white background?  If you want to emphasize certain words in bold face that's fine.

I appreciate you bringing the lack of clarity to our attention so we can fix it.

I got rid of the blockquotes.  Apparently those make words orange.

I've asked our webmaster to work on this so that we can have block quotes to break paragraphs without turning things orange.  Technology is frustrating sometimes!