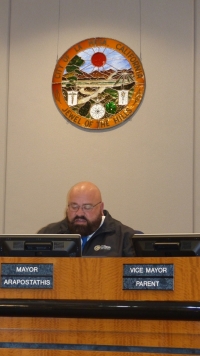 January 10, 2019 (La Mesa) – Heeding the urging of citizens for form a task force with citizens’ involvement to address homelessness,  La Mesa Mayor Mark Arapostathis at Tuesday’s City Council agreed to take action—taking the first steps toward forming a committee to address the issues.

“It’s beyond just setting up ways to work with faith-based centers,” the Mayor said, referencing local churches helping to feed and provide temporary shelter to homeless people. He said the city also needs to look at “how to help people not become homeless.”

Mayor Arapostathis and Vice Mayor Colin Parent agreed to meet and along with staff, reach out to other cities to see what they have done to establish “best practices” for a committee, which could be a standing committee or ad hoc. Outreach will also be done to determine how best to work with the County and with the East County Homeless Task Force. Formation of a committee will be added to the agenda for a future public hearing so that citizens can have their voices included.

The mayor opened the meeting with his state of the city address, in which he acknowledged that homelessness continues to be a major issue in the San Diego Region and La Mesa, then listed proactive steps recently taken.  “The City joined the Regional Task Force on the homeless and participates on the East County Homeless Task Force,” he stated. “The police department Homeless Outreach Team, including staff from. County Health and Human Services, makes weekly contacts with homeless and attempts to offer services. The City Council also took action to enable providers to apply for Homeless Emergency aid Program grant funds.” 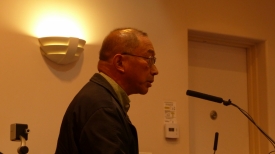 During public comments early in the meeting, La Mesa resident Jack Shu urged Council to form a task force on homelessness and have the group prepare a report in three to six months.  “We know that homelessness is a growing problem and it’s likely to get worse,” Shu stated. He envisions citizens serving on the committee, including experts with experience in the field, so the city can “better serve the homeless” in an “ethical and moral manner, not closing our eyes to it.”  While he acknowledged that La Mesa may be “doing better than other cities” right now, he believes La Mesa can do better still. “We can be the shining star in East County.” 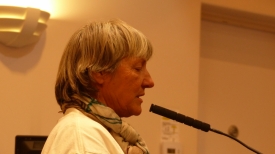 Brenda Hammond had a different view. “I’ve been homeless for ten years,” she told Council, offering praise for La Mesa Police officers’ compassionate treatment of the homeless. “There’s no expert out there who can say anything about homelessness unless they’ve been homeless themselves.”

At prior Council meetings, numerous local activists and representatives from faith-based organizations have called on the city to do more toe help the homeless.

Dr. Akilah Weber, the newest Councilmember, indicated she supports forming a specialized task force to prepare a report on homelessness in La Mesa.

Councilman Colin Parent also voiced support to “team with citizens” to explore options.  Citing public comments from citizens, he added, “We have  passionate people…people who are antsy to do something…let’s give people a chance to weigh in on that.”

State of the City address 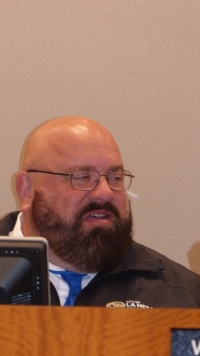 In his State of the City address at the opening of the meeting, Mayor Arapostathis cited accomplishments of the past year including becoming the first East County city to adopt a climate action plan that aims to cut emissions in half by 2035 while moving toward clean energy and increasing the urban tree canopy.

“Despite the tough challenges ahead that California cities face with long term pension obligations, La Mesa continues to be financially stable,” the Mayor reported. The city received a clean audit. Voters also approved a cannabis excise tax to provide a new revenue source for the city. Construction activity remained “robust” based on new permits issued. “La Mesa is doing what it can to increase the housing supply and housing affordability,” Arapostathis said, noting that the city’s first state density bonus project was approved on El Cajon Blvd. last year.

New infrastructure includes extension of Junior High Drive to serve the new Boys and Girls Club facility in West La Mesa and the near completion of the North Spring Street Pedestrian Improvement Project, a bridge walkway to connect walkers and cyclists to the industrial area where wineries and breweries are also located.  Two projects received national awards, including the Alvarado Channel Restoration and the University Avenue Media and Drainage Improvement Project.

Park Appreciation Day brought out 140 volunteers who planted trees and cleaned up parks. La Mesita Park got new playground equipment and MacArthur Park will soon be revamped with a master plan in which residents provided input.

Last year the city began live-streaming Council meetings and engaging the community on Instagram, where they city now has over 1,000 followers.

“With the involvement of the community, the teamwork and mutual respect this Council shows to one another, and the dedication of City staff, I believe we can look forward to this next year with optimism that we are moving La Mesa in the right direction while preserving the core values that have made La Mesa the Jewel of the Hills,” the Mayor concluded.

Meeting times to stay at 6 p.m.

In other actions, the Council voted 4-1 to keep Council hearings at 6 p.m., with Councilmember Kristine Alessio opposed. The Mayor indicated there had been no feedback from anyone objecting to eliminating 4 p.m. meetings previously held every other session. But Alessio argued, “You’re decreasing public comment,” noting that she saw a woman with a baby leave without speaking.  “It’s 9 at night, it’s freezing,” she observed as audience members huddled  in coats and winter scarves, “and our police officers are bringing pizza to people upstairs.”  The change to evening meetings was made last year to facilitate working people being able to more easily attend.

Council also denied an appeal challenging the Planning Commission’s approval of a medical marijuana dispensary to be opened on Parkway Drive. An appeal hearing on a second dispensary on El Cajon Blvd. was continued until January 22. 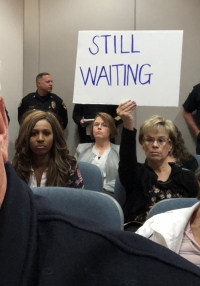 Police use of force

In the most contentious portion of the meeting, Council heard an independent report on the use of force incident by a police officer against a handcuffed female student at Helix High last January. The report exonerated the officer but due to privacy laws failed to provide details that the community and some councilmembers had hoped to learn. Council heard heated public testimony and in future hearings will be receiving reports on police policies and models from other cities for setting up a citizens’ advisory board on police matters, as ECM reported in detail .

In addition, Council approved councilmembers’ committee assignments and reassignments. Notable changes included Councilman Baber recusing himself off the Civic Center Masterplan Committee and Councilwoman Weber volunteering to replace him.  Dr.Weber also stepped up to serve on a downtown events committee, which the Mayor proposed broadening to add community members including former Councilman Guy McWhirter.  The Mayor and Councilman Baber will serve on a Cannabis Ad Hoc Committee. 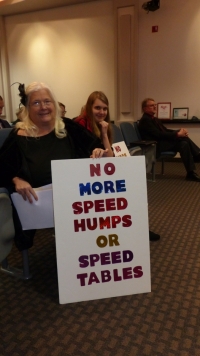 Council also heard a Neighborhood Traffic Management Report presentation from staff on how traffic calming measures are prioritized. Some neighborhoods have been waiting for decades, but resources are allocated based on data confirming speed and traffic volume on each street.  A list of priority projects were presented and are available on the city's website in the report.

Several members of the public testified, including a man who asked that a 3-way stop sign be considered at Sacramento Drive.  Rebekah and Dorcas Hermsmeier spoke in favor of making it harder for neighborhoods to push through approval of speed humps or speed tables by raising the threshold from 50%+! vote of residents on impacted streets to 67%.

Over 38 streets in La Mesa have residents who have requested traffic calming to slow down traffic in their neighborhoods. But Dorcas Hernsmeier stated, ““Every second counts,” noting that emergency vehicles can be delayed the obstacles.  She noted that no other city in San Diego County has such a low threshold, with San Diego and Santee requiring 75%.  El Cajon requires 67% and Lemon Grove doesn’t have any speed humps/tables.

A majority of councilmembers voted to accept most, though not all, staff recommendations. Changes include raising the threshold to require 67% of residents to approve speed bumps/humps allowing residents on neighboring streets with no other exit to be included in the vote.

View video of the full meeting.