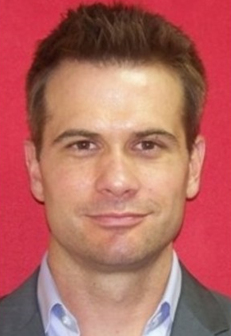 July 26, 2021 (La Mesa) – Brian Jeffrey Raymond, 45, of La Mesa has pleaded guilty to "sexual abuse and admitted to the abusive sexual contact of numerous women, as well as photographing and recording dozens of nude and partially nude women without their consent during his career as a U.S. government employee" while working at the U.S. embassy in Mexico, according to a U.S. Justice Department press release.  The release indicated that some of the women who have accused Raymond lost consciousness.

Between 2006 and May 2020, numerous women have accused Raymond of drugging them and videos on his electronic devices reveal that he had nonconsensual sex with at least two women and fondled other victims, according to the U.S. Justice Department. Specifically, the Justice Department states, "In the plea agreement, Raymond admitted he engaged in sexual intercourse with two of the victims depicted in the recordings when both were incapable of appraising the nature of the conduct or consenting to it."

However, Courtney Forest, attorney for Raymond, told ECM that "videos on Mr. Raymond's electronic devices do not reveal that he `raped' anyone. " Forest adds, "The photos and videos are described in the publicly filed Statement of Offense, which I have attached. None of them depict penetration or any other act that could be construed as `rape.'"  Forest adds that Raymond did not plead guilty to or admit to drugging any women.

The Justice Department's current definiton of rape, however, includes instances in which the victim is "unable to give consent because of temporary or permanent mental or physical incapacity.  Furthermore, because many rapes are facilitated by drugs or alcohol, the new definition recognizes that a victim can be incapacitated and thus unable to consent because of ingestion of drugs or alcohol."

The Statement of Offense, signed by Raymond, provides explicit details on the various acts to which he admitted.

He will be sentenced at a later date by a federal judge in Washington D.C. and could face life in prison, a quarter of a million dollar fine, and be ordered to pay restitution.

Officials are seeking any additional victims. If you believe you may have been victimized, or have information about Raymond or know someone who does, you are urged to fill out this secure online form,  email ReportingBJR@fbi.gov or call 1-800-CALL-FBI.

His crimes came to light on May 31, 2020 when a woman was seen nude and screaming for help on his balcony in Mexico City. She later reported having no memory of the events, after she consumed drinks and food provided by Raymond, according to the U.S. Justice Department.

Besides videos, prosecutors state that Internet history recovered on his devices also found he had searched for side effects of prescription drugs and alcohol that could cause a victim to pass out. He also transported obscene materials across the international border, tried to delete evidence and made materially false statements to law enforcement, a press release from the Justice Dept. states.

‘The FBI is grateful to the brave women who came forward to provide information to further this investigation and put a stop to Raymond’s actions,” says Assistant Director in Charge Steve M. D’Antuono with the FBI’s Washington field office.

Julia Sweeney, Acting Assistant Director for Domestic Operations with the U.S. Department of State’s Diplomatic Security Service, says the guilty plea sends a strong message. “The Diplomatic Security Service is committed to making sure U.S. government employees who engage in predatory behavior for which they can be charged with a criminal offense face serious consequences.”