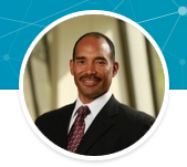 Aninag's LinkedIn profile states that Aninag is the owner of B.A. Investigations and is a “retired police executive after having served thirty years in law enforcement.”

According to the La Mesa, he retired from the City of Irvine in 2014 as a Police Commander, and was later the City of Westminster's interim Deputy Chief of Police from April 2015 to March 16 2016.

Pursuant to La Mesa Municipal Code Section 2.16.120, the City Manager maintains the duty to cause investigations. As a result, Garrett has “taken action to commission an independent investigation of the acts and/or omissions of La Mesa Police Department personnel to determine whether any policies or procedures were violated related to the incident,” at Helix Charter.

According to a statement released by La Mesa, “As an experienced investigator, Mr. Aninag has investigated a variety of administrative cases ranging from allegations of discrimination, harassment, and retaliation to allegations of violations of City or Department policy.”

The truth is out there...