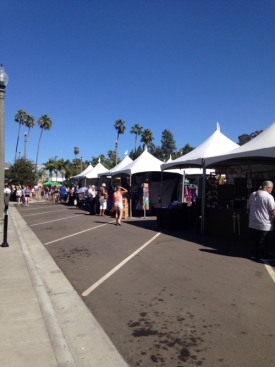 October 1, 2016 (La Mesa) - This year's Oktoberfest in La Mesa was packed!  There were tons of people enjoying all the street vendors. 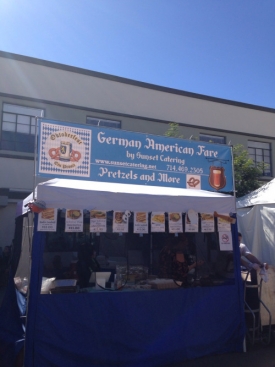 My favorite booths were a unique booth that sold all types of wooden swords from samurai swords to knight swords. My other favorite booth was of course, me being the sportswriter, a booth dedicated to all things sports!  I bought a New England Patriots oven mitt because I'm a Patriots fan who's afraid of ovens and hot things. 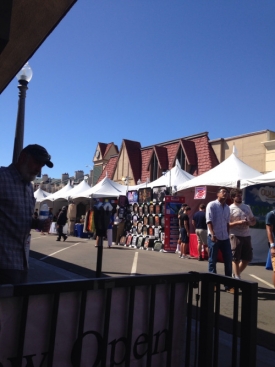 There was, of course, the food and beer.  I sampled some Oktoberfest beer from Tiramisu.  DELICIOUS!  I also tried some bratwurst loaded with onions and it was spicy but delicious as well!

For dessert, I tried some apple strudel.  It was so yummy!  It had nuts and raisins in it, an interesting twist.

My only criticism is that I wish there were more places to get beer, but other than that, it was a lot of fun to walk around and see everything.