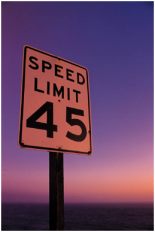 La Mesa Police Officers wrote 29 speeding tickets including one to a driver traveling at 81 miles per hour on a city street with a posted speed limit of 35 mph.

In addition, one citation to someone driving on a suspended driver’s license, police impounded one vehicle and gave four verbal warnings for lesser traffic offenses in a six hour period on Monday morning.  .

“These efforts will continue throughout the year and as long as it takes to get the message out to not speed in the City of La Mesa,” a press release issued by LMPD states.

Funding for this operation was provided by a grant from the California Office of Traffic Safety through the National Highway Traffic Safety Administration.