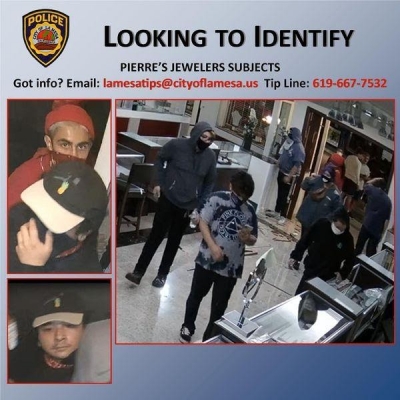 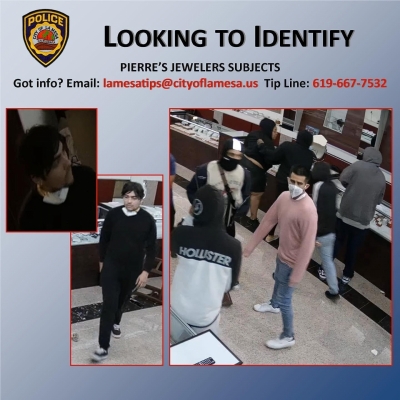 In the months since the civil unrest, the La Mesa Police Department’s investigative units have made these cases a priority and have worked diligently to identify and arrest individuals suspected of committing criminal acts during this event. To date, twenty-five (25) individuals have either been arrested or have had charges sought against them for various crimes, including arson, burglary, looting, rioting, possession of a firearm, and felony vandalism. Of those, 25, four individuals arrested or suspected of criminal acts are residents of La Mesa and the remaining  21 reside elsewhere in San Diego County. 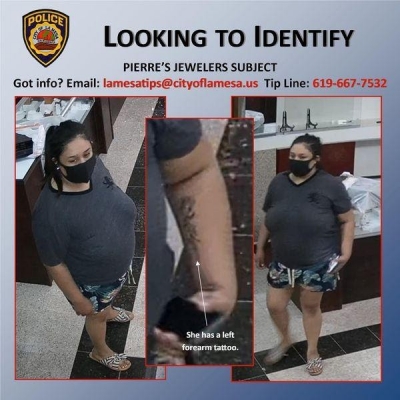 In the coming weeks, the La Mesa Police Department will be seeking the public’s help in its efforts to continue to identify persons of interest from the incident. The first case we will be highlighting is the burglary and looting of Pierre’s Jewelers. Attached to this press release are still images from surveillance video taken on the night of May 30th, 2020.

If anyone has information regarding the identity of any of the individuals in these photos, they are asked to contact the La Mesa Police Department at (619) 667-7532 or lamesatips@cityoflamesa.us. They may also call Crime Stoppers’ anonymous toll-free tip line (888) 580-TIPS (or visit www.sdcrimestoppers.com). They can remain anonymous, and be eligible for a Crime Stoppers reward of up to $1,000 for information leading to an arrest in this case. 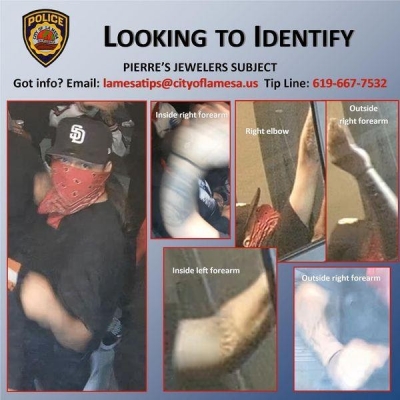