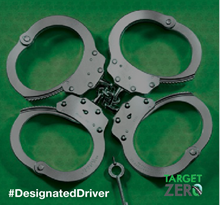 March 14, 2019 (La Mesa) -- St. Patrick’s Day is celebrated by millions across the country, often culminating in parties where drinking is involved. Sadly, this leads to tragedies on our roadways because of drivers who choose to leave parties impaired. This St. Patrick’s Day, the La Mesa Police Department will have additional officers on patrol all weekend, ready to stop and arrest drivers suspected of driving under the influence of alcohol and/or drugs.

According to data from the California Highway Patrol (CHP), one person was killed and 48 others were injured in DUI crashes on St. Patrick’s Day last year. In 2017, 59 people were killed nationwide in drunk-driving crashes over the St. Patrick’s Day holiday (March 16-March 18), accounting for 37 percent of all traffic deaths.

Due to St. Patrick’s Day becoming a dangerous holiday on our roads, the La Mesa Police Department encourages everyone to plan ahead and use a designated sober driver, ride-share, or public transportation. Even one drink can be one too many. “Don’t even put yourself in a position where you need to ask whether you are okay to drive. If you feel the slightest hint of a buzz, you should not be driving.”

The La Mesa Police Department also wants to remind everyone that a “DUI Doesn’t Just Mean Booze.” Prescription drugs, over-the-counter medications and marijuana can all be impairing, especially in combination with alcohol or other drugs. “We all know the dangers about driving impaired, let’s all be responsible adults and help each other get where we need to go safely.”

Funding for St. Patrick’s Day DUI enforcement is provided by a grant from the California Office of Traffic Safety, through the National Highway Traffic Safety Administration.