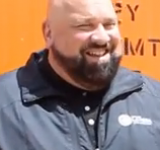 Ewin to step down, leaving two vacancies to fill on Council

April 6, 2014 (La Mesa) – The filing deadline isn’t until  August for La Mesa’s city council and mayoral races.  But at least two candidates have already declared their intention to vie for Mayor.  Art Madrid announced on East County Magazine’s radio show that he is seeking reelection. Listen to interview here.  Councilman Mark Arpostathis held a press conference to announce he plans to challenge Mayor Madrid. View video of his announcement here.

Whether Aropstathis wins or loses the mayoral challenge, it will open up his seat on the city council.  In addition, long-serving Councilman Ernie Ewin announced this week that he will not seek reelection and has further indicated he will not run for mayor, San Diego Rostra reported. That leaves two open seats on La Mesa’s  council –and a potential shift in the balance of power and priorities for La Mesa.

Bill Baber, a La Mesa-Spring Valley School Board member and director of governmental affairs for the Associated Builders and Contractors Association, has said he was recruited to run by Councilmembers Kristine Alessio and Ewin.  La Mesa Chamber of Commerce President Mary England, who ran as a Republican in an unsuccessful Assembly bid, has also emerged as a likely contender. England has been a vocal supporter of the proposed Crossroads of La Mesa high-rise project.

Patrick Dean, who serves on the city’s community development commission and has previously run for Council, may also try again.  Dean, like Madrid, has previously run on a platform of environmental sustainability, parks and open spaces for La Mesa families.

Madrid has led La Mesa for a quarter of a century.  In his interview with ECM on KNSJ 89.1 FM radio, “I am going to run for reelection,” he confirmed. Mayor Madrid said his future goals include making the community safer and protecting the historical and cultural aspects of la Mesa, including the character of the downtown district.

“I personally would not want to see significant changes in height of our community,” he added. “This city belongs to the residents.”  Madrid voiced pride in new civic buildings and initiatives, improve the health of residents and the walkability of the community.

Future development projects in La Mesa, besides the La Mesa crossroads proposed high-rise, include redevelopment of the former police station site in the civic center plaza, as well as the future of Grossmont Center, where the shopping center’s lease comes up for renewal next year.

Arapostathis, a teacher and theater director known as  “Dr. A”  to his students, was named Teacher of the Year in 2000 by the La Mesa-Spring Valley school district. His announcement was not specific on any issues, though he has said he believes he can bring greater unity to the council, which has been divided in recent years.  Council members jockeying for power have sought to curb Madrid’s powers, taking away funding for him to attend the U.S. Mayor’s conference and replacing him on SANDAG with Alessio. Madrid has said he brought in millions of dollars of grants for La Mesa as a result of attending the conference , including the Safe Routes to Schools program.

As for Arapostathis, who has been endorsed by fellow council members, he has, "I care about this city and the people in it. I want to continue my life of service.”

Madrid's claim that "he brought in millions of dollars of grants for La Mesa" is just puffing (a sales exaggeration of opinion that no reasonable person believes). Just the usual political hyperbole of this former professional lobbyist. Everyone knows it is city staff that does all the work for obtaining grants.
Miriam, Do let us know what you discover about Art's claim to have been responsible for those grants.
Of course, Miriam. And I respect the high standards you've established for ECM. However, that Art IS corrupt--that he has used the power and influence of his office to bully and intimidate for political purposes--is a certain as it is plain, at least for those who have eyes to see. I would NEVER make such an accusation without rock-solid evidence--the particulars of which, in this case, I have been more than willing to provide since 2006.
Another chance to displace the most corrupt East County politician. Good. Let's hope that La Mesans choose wisely this time.
We ask that unsubstantiated claims not be made on our site, even against politicians. Corruption is a strong word and while the Mayor has had his critics on handling of some matters, I've not heard evidence to suggest or substantiate corruption.