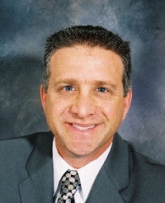 July 4, 2012 La Mesa resident Chris Sichel, president/CEO of Make-A-Wish Foundation of San Diego, has been elected treasurer of the San Diego Better Business Bureau’s 2012-2013 board of directors. Sichel has served on the BBB board since 2007.
Since 2005,  Sichel has overseen Make-A-Wish Foundation operations in San Diego and Imperial counties. With 13 staff members and more than 300 volunteers, Make-A-Wish grants more than 200 wishes annually to children with life-threatening medical conditions. He also is active in national Make-A-Wish leadership projects, and previously served as a chapter representative to the Make-A-Wish Foundation of America’s Board of Directors.
In addition to the BBB, Sichel serves as an active committee member with the San Diego Bowl Game Association, and is a longtime member of the San Diego Rotary Club. Over the past 20 years, he has served in leadership roles with the United Cerebral Palsy Association, the City of San Diego and STAR/PAL, San Diego’s Police Athletic League.
A native San Diegan and fifth generation Californian, Sichel and wife Coleen, a registered nurse, have three school-aged children. He enjoys spending time with family, paddle boarding and is an avid backpacker. He earned a bachelor’s degree in recreational administration with an emphasis in therapeutics from Cal Poly State University San Luis Obispo.
The non-profit San Diego BBB, which opened in 1921, is San Diego’s largest county-wide business membership organization with more than 6,300 accredited businesses and charities. Before buying decisions are made, consumers are encouraged to phone the BBB's free 24‑hour Consumer Helpline at (858) 496‑2131 or (800) 600‑7050, or visit the website at www.bbb.org, to obtain free information and a list of BBB accredited businesses in a particular type of industry.